The Eyes of a Wolf 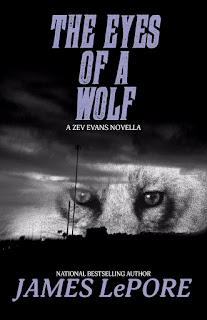 In 2007, three years after leaving the military, Zev Evans is a drunk – and a neurotic one at that. Living with his Sicilian mother and running figure eights through Long Island’s dense suburbs, he believes that the weird thoughts that plague him – he calls them tics – might have entered his head while he was undergoing brain surgery three years earlier.

In THE EYES OF A WOLF, Zev narrates, in his own bizarre yet oddly incisive style, his first case as a fixer – the person you call when you have nowhere else to turn. Carol Harris, the Army surgeon who mended Zev’s shrapnel-filled skull in 2004, has abruptly taken sick leave from her neurosurgeon’s duties at a Los Angeles hospital. She manages to make a desperate call to Zev, who flies west into a world he never knew existed, peopled with kidnappers, murderers, corrupt cops, and even more corrupt politicians.

With the help of his new friend Eva Lopez and his old NYPD buddy, the genius hacker Johnny Scoglio, Zev sets out to save and avenge Carol . . . and to find his true calling in the process. 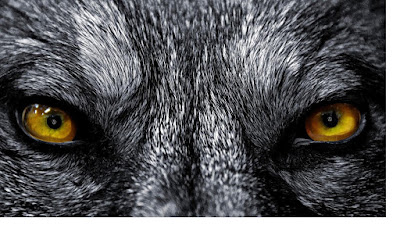 
It has been a while since I have read anything from Mr. LePore. Yet, I can tell you that he still has it. Not that I doubted that he ever lost it. Mr. LePore infuses such life into his stories and characters. This short story was no different.

Instantly, I shared a connection to Zev as well as Carol and Eva. The women were strong. Eva was the wild card in this story. A sexy siren with brains and a strong personality. She and Zev worked well together. The bond that Zev was talking about with Carol was evident as he went on his rescue mission to save her.

The Eyes of a Wolf reads like a motion picture movie. One that I would pay to go see. If you have not read a book from Mr. LePore than you are missing out. I hope to not let long periods of time lapse again between books.


Get your copy at:


James LePore is an attorney who has practiced law for more than two decades. He is also an accomplished photographer. He lives in Venice, FL with his wife, artist Karen Chandler. He is the author of five solo novels, A World I Never Made, Blood of My Brother, Sons and Princes, Gods and Fathers, and The Fifth Man, as well as a collection of short stories, Anyone Can Die and the collection of flash fiction, Blood, Light & Time. He is also the author, with Carlos Davis, of the Mythmakers Trilogy, No Dawn for Men, God’s Formula and The Bone Keepers. You can visit him at his website, www.JamesLeporeFiction.com.
James LePore