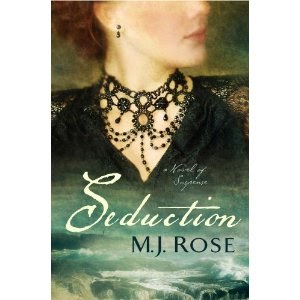 SYNOPSIS: From the author of The Book of Lost Fragrances comes a haunting novel about a grieving woman who discovers the lost journal of novelist Victor Hugo, awakening a mystery that spans centuries.


In 1843, novelist Victor Hugo’s beloved nineteen-year-old daughter drowned. Ten years later, Hugo began participating in hundreds of séances to reestablish contact with her. In the process, he claimed to have communed with the likes of Plato, Galileo, Shakespeare, Dante, Jesus—and even the Devil himself. Hugo’s transcriptions of these conversations have all been published. Or so it was believed.

Recovering from her own losses, mythologist Jac L’Etoile arrives on the Isle of Jersey—where Hugo conducted the séances—hoping to uncover a secret about the island’s Celtic roots. But the man who’s invited her there, a troubled soul named Theo Gaspard, has hopes she’ll help him discover something quite different—Hugo’s lost conversations with someone called the Shadow of the Sepulcher.

What follows is an intricately plotted and atmospheric tale of suspense with a spellbinding ghost story at its heart, by one of America’s most gifted and imaginative novelists. 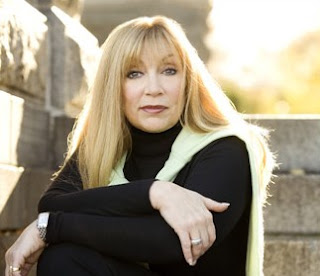 M.J. Rose is the international best selling author of eleven novels and two non-fiction books on marketing. Her fiction and non-fiction has appeared in many magazines and reviews including Oprah Magazine. She has been featured in the New York Times, Newsweek, Time, USA Today and on the Today Show, and NPR radio. Rose graduated from Syracuse University, spent the '80s in advertising, has a commercial in the Museum of Modern Art in NYC and since 2005 has run the first marketing company for authors - Authorbuzz.com. The television series PAST LIFE, was based on Rose's novels in the Renincarnationist series. She is one of the founding board members of International Thriller Writers and runs the blog- Buzz, Balls & Hype. She is also the co-founder of Peroozal.com and BookTrib.com.

Rose lives in CT with her husband the musician and composer, Doug Scofield, and their very spoiled and often photographed dog, Winka.


Here is the link to my review.


Excerpt from SEDUCTION - From Chapter 5


With nothing to distract me but the ink flowing onto the paper, the walls of my resistance crumbled in these sessions. The rules of logic relaxed. I opened my mind to the possibilities of the night, to the magic of the dark, to unfathomable ideas that had been presented to me.

“They fathomed principle; they attached themselves to right. They longed for the absolute, they caught glimpses of the infinite realisations; the absolute, by its very rigidity, pushes the mind towards the boundless, makes it float in the illimitable. There is nothing like dream to create the future. Utopia today, flesh and blood tomorrow.”