OSCAR WILDE AND THE MURDERS AT READING GAOL 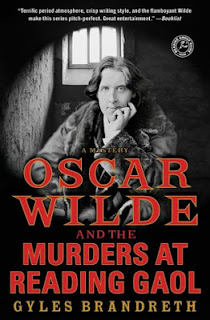 I am not familiar with Oscar Wilde or that there was a book series about him. I was just intrigued by the pure premise of this book. Then when I got the book, even before opening it I started to have second thoughts about it.


Well like they say, you can not judge a book by its cover. This book was way better then I thought it would be. I started it at night thinking it would help me get to sleep quicker. It had the opposite effect. I actually had to put it down so that I could get some sleep. It was like I was Oscar and I could hear the voice of my cell mate. Feel the resentment of the guard and feel the cold eating into my skin at night from my cold cell.

I got to learn about who Oscar was as a person before his death. After reading this book I went online to learn more about Oscar. Mr. Brandreth really captured the voice of Mr. Wilde. I read that these books are going to be turned into a television series on BBC. I will check this television series out. This is a book that mystery fans will enjoy. 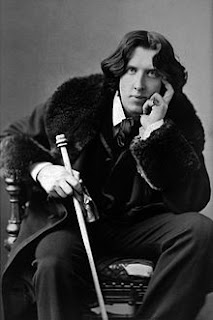