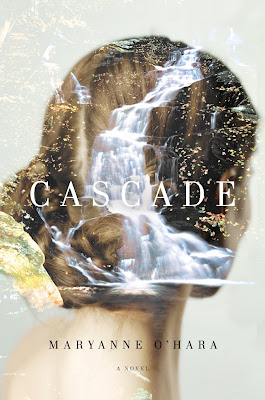 During the 1930s in a small town fighting for its survival, a conflicted new wife seeks to reconcile her artistic ambitions with the binding promises she has made Fans of Richard Russo, Amor Towles, Sebastian Barry, and Paula McLain will devour this transporting novel about the eternal tug between our duties and our desires, set during in New York City and New England during the Depression and New Deal eras. It’s 1935, and Desdemona Hart Spaulding has sacrificed her plans to work as an artist in New York to care for her bankrupt, ailing father in Cascade, Massachusetts.

When he dies, Dez finds herself caught in a marriage of convenience, bound to the promise she made to save her father’s Shakespeare Theater, even as her town may be flooded to create a reservoir for Boston. When she falls for artist Jacob Solomon, she sees a chance to escape and realize her New York ambitions, but is it morally possible to set herself free? About the Author Maryanne O’Hara was the longtime associate fiction editor at the award-winning literary journal Ploughshares. She received her MFA from Emerson College fifteen years ago, and wrote short fiction that was widely published before committing to the long form. She lives on a river near Boston.

"The protagonist is Desdemona Hart, a woman drowning in the choices she's been forced to make: a marriage of necessity to save her father's legacy and put a roof over his head as he dies......trouble escalates, and so will the rate at which you turn the pages. Cascade is perfect for sitting by the fire on a chilly day contemplating the immutability of things." --Slate: 2012 Best Books, Staff Picks

"When state engineers created the Quabbin Reservoir in the 1930s, four Central Massachusetts towns disappeared beneath the waters. In her debut novel, Cascade, Ashland resident Maryanne O'Hara chronicles the fate of one such (fictionalized) town and its inhabitants, notably Desdemona Hart Spaulding, an ambitious artist trapped in a loveless marriage. O'Hara, a former Ploughshares fiction editor, shapes her protagonist's story to pose questions like: If art is not lastingly valuable, what is? Ponder that over your next glass of tap water." --Boston Globe, Best of the New, 2012

"Gorgeously written and involving, Cascade explores the age-old conflict between a woman’s perceived duty and her deepest desires, but in O’Hara’s skilled hands the struggle feels fresh and new." --People Magazine Maryanne O’Hara was the longtime associate fiction editor at the award-winning literary journal Ploughshares. She received her MFA from Emerson College fifteen years ago, and wrote short fiction that was widely published before committing to the long form. She lives on a river near Boston.
www.maryanneohara.com


What do you find fascinating about writing historical novels?


Researching and discovering fascinating information and vivid details that will help to bring a time period alive for the reader.

What comes first...the plot or the characters?

Stories start with some kind of idea, with vague characters attached. For example, in Cascade, I was fascinated by the idea that you could dismantle an entire town and say that it no longer existed. I wondered what it would be like to live in such a town. I wondered what it would be like to be an artist in the town, trying to create works of art that would hopefully matter, would hopefully last. I liked something that the Boston Globe wrote: O’Hara shapes her protagonist’s story to pose questions like: If art is not lastingly valuable, what is? Ponder that over your next glass of tap water.


How long did it take you to write Cascade?

What was your inspiration behind writing Cascade?

I wanted to commemorate the fact that our government, for the first time, back in the 1930s, had decided that putting artists to work was just as important as putting bridge builders to work. “Art was for everyone” was a new idea at the time. That was the inspiration, but the novel became much more than that.


What will your next book be about?


It’s about people dealing with internal dilemmas. Until a plot is clear, stories are hard to describe. Thank you for having me on your blog!

To win a copy just leave your email address. US. Winner will be picked June 10th.

Linda said…
This is a stunning premise for a story. It's been on my wish list since I read a review for the first time. Would love to win a copy. Thanks for the giveaway.
lcbrower40(at)gmail(dot)com
May 31, 2013 at 6:34 AM

traveler said…
Thanks for featuring this fascinating novel which interests me greatly. saubleb(at)gmail(dot)com
May 31, 2013 at 9:25 AM

petite said…
Wonderful story which is captivating and memorable. Thanks. elliotbencan(at)hotmail(dot)com
May 31, 2013 at 10:01 AM

Unknown said…
loving the sound of this one! thank you so much for sharing, looking forward to it :)

holdenj said…
I have heard marvelous things about this story. The cover is very striking as well. Thanks for the chance to win.
JHolden955(at)gmail(dot)com
May 31, 2013 at 12:18 PM

skkorman said…
This sounds like a wonderful read—thanks for the opportunity to win a copy!