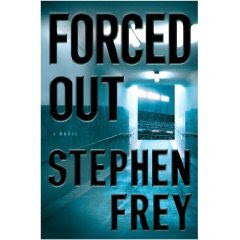 Jack Barrett was a scout for the New York Yankees for many, many years. He was one of the best. He could find talent like no other. Jack would travel to all kind of lengths to recruit someone if he believed in them bad enough. This includes almost getting arrested by the secret police in Cuba. Now, Jack is retired and living in Florida with his grown daughter. Jack’s daughter and her boyfriend drag Jack out to see the Sarasota Tarpons play. Jack is reluctant to go but that all changes once Jack sees Mickey Clemant in action.

Mikey Clemant is one heck of a ball player. He is magic on the field. He plays in the minor leagues. He could play in the majors except for one problem…he has a major attitude. Not to mention that Mikey has a deadly secret. Jack wants to help Mikey get into the majors but by doing so; he will be putting his life in danger.

Johnny” Deuce” Bondano is a sharpshooter. He works for Angelo Marconi, who is the number two man in the elite Lucchesi organization or otherwise known as the mob. Angelo wants Johnny to locate his grandson and kill him.

With so much going on between all the characters and the storyline, it sometimes can get a little muddled but luckily; Mr. Frey was able to keep everything in order, so that this didn’t happen. Two of the great things about this book was the characters were so likeable, even if they were playing for the other guys and two the story kept my interest the whole way through it. Forced Out by Stephen Frey is the first book I have read by this author. Now that I have discovered Mr. Frey, I will be checking out more of his books.