Being Familiar with a Witch 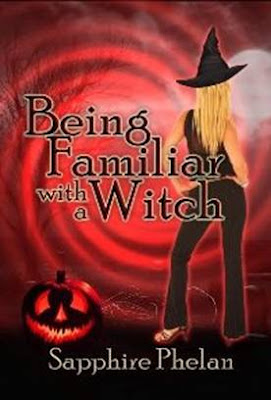 Charun Adramelch is an Incubus, who loves to teleport into sexually frustrated women’s bedrooms and pleases them. There are plenty of women like this for Charun to choose from as so many men go off to fight a war and leave their women behind.

Jacokb, head of the demon familiars, pays Charun a visit. He shows Charun the image of a beautiful woman with long, blond hair and green eyes. Jacokb tells Charun that she can be his if he will join them and become a familiar. This woman is a witch.

Jacokb tells Charun that he foresaw it that Charun and this woman were meant for each other. Growing up Tina Epson has experienced some strange things happening to people around her. Things she can’t explain. At least Tina won’t be alone as she tries to make sense of it all. It seems a black cat has decided to make her his protector.

At the beginning Charun was definitely the bad guy but as the story progressed, he started to get more likeable. It was fun to see Tina’s transformation from a girl into a witch. I love the play on words for the title of this story. As familiars are considered a witch’s friend and sidekick. I knew the bond that witches had with their familiars was a good one but have never read one, where the chemistry was out of this world H_O_T! Being Familiar with a Witch is a great quickie read. Fans of all things paranormal, who love their books spicy will enjoy this book. I plan on checking out my books by Sapphire Phelan.
Sapphire Phelan