August 18, 2009
I want to thank Sarah with Simon and Schuster for letting me be a part of this tour. 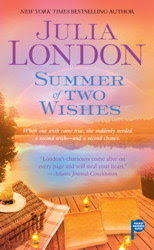 Three years ago, Macy Clark was Macy Lockhart. Macy can’t believe it has been three years, since her life was turned upside down. She was told by the military that her husband, Finn had been killed in action. It took Macy a while to move on but she finally did and married a good guy. His name is Wyatt Clark and he is a rich land developer.

Now as Macy has everything she desires, her life gets turned upside down once again. She is told that the military has made a big error and Finn is really alive and coming home. This homecoming will be filled with lots of drama, tears, anger, and plenty of surprises.

From the beginning of this book, before I got very far into it, I thought I had this story all figured out. It ended up I was wrong. I am still not sure if Macy chose the right guy. Though I do have to say that I won’t want to be in Macy’s shoes. To be honest I was a little upset with the way things transpired between Finn, Macy and Wyatt. I thought Wyatt was a nice guy but towards the end, he started to turn into a jerk. This was understandable considering the circumstances. For me to get this riled up about some characters and what happened to them, means that the Julia London did her job and getting me to fall in love with Summer of Two Wishes and the characters. You don’t get this way unless you are really into a book.

Stephanie said…
I am enjoying this book tour. I generally don't read romance, but this looks intriguing, and it's fun to see different bloggers' reactions to it. :-)

kalea_kane said…
I have definitely enjoyed reading the various reviews on Summer of Two Wishes. I love when a book or a movie gets me emotionally. If I can actually despise a character or cross my fingers for another one...I am in! :) Great review
August 22, 2009 at 8:30 PM