August 28, 2008
I want to thank Ruth Nordin for allowing me to read and review her books. I enjoyed An Unlikely Place for Love so much that I was so pleased that Mrs. Nordin would let me read more of her books. 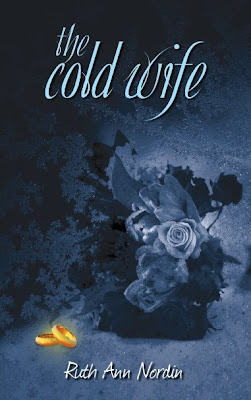 Carrie Allen’s father tells her that his business has gone bankrupt. Before Carrie can recover from the shock, her father also informs Carrie that he has arranged for her to be married to Justin Monroe. The wedding is in three days. Carrie can’t believe this is happening to her. Justin may be wealthy but Carrie fells nothing but dislike for Justin. Soon after Carrie becomes Mrs. Justin Monroe, she demands an annulment. Carrie believes that Justin only married Carrie to make him look good to his clients. Justin knows this isn’t true but he needs to convince Carrie of this fact. So Justin proposes a deal. He explains to Carrie that after a month if she still wants to leave then he will give her the annulment. In addition Justin won’t consummate the marriage in order to protect Carrie’s reputation. Carrie agrees to the deal. Besides how hard can it be to live with a man she hates for one month?

I felt bad for Justin having to live with Carrie but at the same time I was impressed with him. Justin tried everything he could to make Carrie feel his love for her but in a respected way. Carrie really wasn’t all that bad. I could understand where Carrie was coming from as I would have felt defensive about the whole situation as well. Even though the circumstances between Carrie and Justin were sad, it was funny to read how these two coped with each other. The things they would say or do at times would make me laugh and smile. After reading An Unlikely Place to Love and now The Cold Wife; Mrs. Nordin is two for two in my book of great reads as well as a wonderful author. So if you are looking for a new author to try then give Ruth Nordin’s books a chance.

Check out Ruth Nordin's website for all her books http://www.ruthannnordin.com/

Kathleen Gilligan said…
Just curious, what time period does this take place in? RE her father arranging her marriage...
August 29, 2008 at 12:04 AM