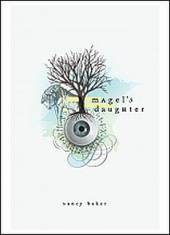 Minneapolis, MN - Nov 9, 2010 - Everyone in the Olina family, living and dead, knows the family secret: Magel keeps human body parts in her freezer. The old Hotpoint has stood against the back wall of the single car garage since 1950. The garage floor is polished concrete-not a tire tread or drop of oil has touched it. Magel keeps it as clean as a morgue, and whenever a family member loses a body part-adenoids, gallstones, or severed fingers-there is always a place for it in the depths of her freezer. Magel saves everything: newspapers, wrapping paper, baby teeth, etc., and the story has fun with the hoarding issue.


Hilarious, macabre, and moving, author Nancy Baker has bravely dissected the psychological machinations of matriarchal power. Magel's Daughter follows Karin Brix, who is in her last days of sanity-and it's all her mother's fault. Karin is on her way to becoming just like her, struggling to re-gain herself as an artist after years of raising her two sons. She is accompanied in her break from reality by the hallucinations, or perhaps specters of her grandmother and great-grandmother, who've haunted her since their deaths. Her mother, Magel, is the reigning matriarch of the family of Norwegian heritage, and is vividly depicted in the subtle way that is Scandinavian.

Magel is a classic femme fatale who grows old and spoils everyone's lives, just like her mother and her mother before her. This dark comedy, laced with magical realism, is all set in rural Northern Minnesota, and is a chilly world of hallucination, incest, and severed heads-there is more in the freezer than saved parts removed in surgery. Karin's father's glass eye, weaves through her imagination, as the only sound counsel amid the chaos.

The garage freezer.the hauntings-the ghoulish dysfunction of the family is hilarious and vividly imagined-not unlike the quirkiness of A.M. Homes in The Mistress's Daughter or any of the Minnesota-born Coen Brothers' movies. The fast-paced story resounds with notes of Norwegian mythology.


Watch for the Sequel: Magel's Ghost continues the story of Karin as she re-locates to Minneapolis, and follows the characters caught in Karin's web. Her quest for power in
the art community, involves her with the grandfather, father, and son of a wealthy
Minneapolis family. The ripple effect of her destructive psychosis is hilarious.

Magel's Daughter is Nancy's first published novel, and the sequel is Magel's Ghost. The stories are dark comedies laced with magical realism, and take place in her home state of Minnesota.


She has finished her third novel, Island Adrift, the first in The Mac Books series. The novel is also laced with magical realism while giving us a more serious base to the storyline. She is currently working on the next book in the series.

Her education has taken a varied and unusual route. She holds a BFA from the College of Art and Design in Minneapolis and worked in graphic design for ten years. At the same time she took night classes at The Loft Literary Center in Minneapolis,Minnesota, and has been writing ever since.

Early in her writing career, she tried her hand at children's stories and adult short stories.
She is married and the mother of four children who supply her with endless material.


Note: Review copies of this book are available by replying to ops@bostickcommunications.com. Please include your mailing address.