If you do like cheering for the good guy and seeing the bad guy lose than you will like Miles Away…Worlds Apart. 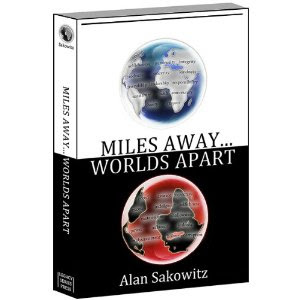 The day was August 4, 2009 . Real estate developer and attorney Alan Sakowitz receives a phone call from a fellow real estate broker. The broker tells Mr. Sakowitz about a law firm that has some funded settlement agreements and wondered if he would be interested in purchasing them. Mr. Sakowitz agrees to meet with the law firm and see if the investment is a good deal.

The law firm in charge of the hedge funds is Rothstein, Rosenfeldt, and Adler, P.A. or RRA . Mr. Sakowitz and his associate go to meet the chairman, Scott Rothstein. Right from the beginning, Mr. Sakowitz sensed things were not on the up and up with Mr. Rothstein. Despite the high praise Mr. Rothstein had received from many highly prominent people in the community.

To admit, when I started reading this book, I did not know anything about Scott Rothstein. I did some research on Mr. Rothstein and was appalled like Mr. Sakowitz was that someone could scheme so many people for their own personal gain.

While, I did find Mr. Sakowitz’s involvement in helping to bring Mr. Rothstein to justice interesting, the parts of the book that Mr. Sakowitz inserted about his community and some of the people in it sometimes read and felt like a testament for redemption. What I did like the most was that being an attorney, Mr. Sakowitz was able to explain things to me, who had no legal background. If you do like cheering for the good guy and seeing the bad guy lose than you will like Miles Away…Worlds Apart.

The moral of this book I would say is…”If it seems to good to be true, then it probably is.”
Alan Sakowitz