One of the Few 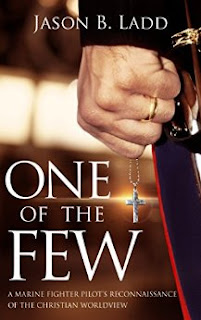 Jason B. Ladd grows up in a military family with loving parents but spends his young life filled with spiritual apathy.
Ladd enters the US Marine Corps, becomes a fighter pilot, and sees combat in Iraq before life events align to nudge him into profound spiritual inquiry. Digging deep into his quest for truth, he realizes the art and science of fighter pilot fundamentals can help him on his journey.

Filled with stories that contrast his spiritual apathy with his post-Christian worldview passion, One of the Few is the compelling life story of a spiritual seeker engaged in a thrilling profession combined with a strong, reasonable defense of Christianity.
For fans of Ravi Zacharias, Lee Strobel, and Frank Turek, Ladd’s remarkable journey shares the transformative power of faith during a time when belief in God is dismissed and religious liberty in the military is attacked. 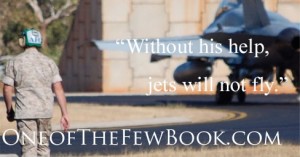 
I was expecting to learn about Mr. Ladd's experience in the military while at the same time I was intrigued about how they relate to his Christian values. I am a Christian. I found myself struggling with this book. What I first noticed in the beginning was that while I did appreciate getting to know Mr. Ladd and what his childhood was like growing up until he enlisted, the chapters read more like snippets. This was a little clunky to read as I would start to be interested in a section of the book or that topic and then it would end and the next part would jump around to a different time period.

After I got used to this, the second part of this book was while Mr. Ladd really started explaining how military and religion intertwine. Again, I found this enlightening but at times I know Mr. Ladd did not mean to but it came off preachy. This could have been helped if the length of the topic had been shortened just a little. For example, Mr. Ladd talks about the subject of alcohol. This goes on for several pages. After a while my feelings went from intrigued to semi-intrigued. Yet, I came to realize that this book really should be read slower and in small portions. This way you can reflect more on what Mr. Ladd is talking about. I did get from this book that Mr. Ladd has a deep understanding of the world and that God is great. 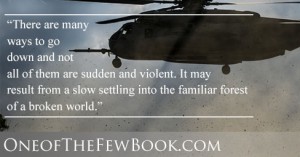 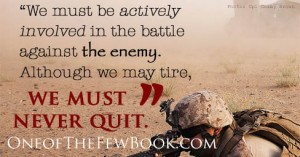