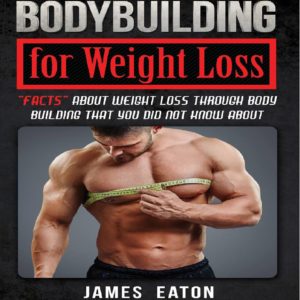 Do you want to take part in a workout that has stretched across the ages, from all around the globe? Do you want to build muscle while dropping pounds? Body building might just be for you!
With a detailed history of body building from its first appearances until its inception into the Olympics, you will find all the tips you need to succeed in body building for your specific goal. Complete with formulas to discover your perfect weight loss plan, detailed exercise instructions (with images), and tips on dieting, this guide has everything you need to begin your journey.
My Review

For a quick overview of just how important body building and diet is in everyone's life, this is a good book. Mr. Eaton does a very good job of explaining in easy to digest information body building and diet. I like that this book features some exercises with step by step guide and pictures on how to do the exercises. Although, for the bench press I think it is important to point out that it is very important that new beginners do not over extend/lock out their arms when the bar is held in the overhead position. Also, I have been taught to not let the bar touch the chest in the down position but to stop when your shoulders are parallel to your chest about 3 inches from touching your chest.

I appreciated that Mr. Eaton talked about High Intensity Interval Training (HIIT). This is a good way to get cardio in a short amount of time. A very beneficial way to exercise. Then there was the diet portion of this book where Mr. Eaton explains the importance of protein. Yet, I would caution about using Apple Vinegar straight from the bottle. You should dilute it some if you are going to consume it straight from the bottle as it is very high in acid and it can eat at your body. I had done this before and my throat was raw from the acid. Overall, through as I stated this is a good book.
Amazon | Barnes & Noble 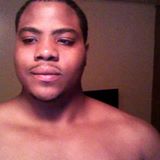 James Eaton is a passionate Self-Help, Fitness, &; Education Author who resides in Hinesville, Georgia. He is also a seasoned Affiliate Marketer, Entrepreneur, and Private Protection Officer. Hailing from Selma, Alabama, James’ love of helping people and all-things fitness began early on and it has stayed with him ever since.

During his youth, James would spend countless hours locked up in his room jotting down his book ideas. It wasn’t long before he realized that his newfound passion could become something more: a platform in which he could positively impact other people and enhance their lives in a multitude of different ways.

One of James’ main influences throughout his writing career has been a wellness book by Kevin Trudeau entitled “Natural Cures.” But most of all, he is inspired by his amazing family and his unwavering drive to succeed so he can help as many people as possible on their journey to optimum health, wealth, and happiness.

Fitness and writing aside, James enjoys reading inspirational books (“The Magic of Thinking Big” is one of his all-time favorites) and maintaining a positive attitude through the inevitable ups and downs of life. He is also big on organic food—especially organic chicken, turkey, and roast beef.
Additionally, James’ favorite color is blue and his favorite movie star will forever be Rachel McAdams. One of his most notable accomplishments to date is remaining on gold phase for eight consecutive months during his stay at Job Corps. James holds a Certification in Security & Private Protection Services.

Both infinitely determined and loving, James aims to write books that empower individuals to become their very best versions and lead fulfilling, healthy lives. Just as persistent, he will do whatever it takes to become a bestselling author.

Recently, James released “How to Save Money Through College” and is planning on creating more books that assist people from all walks of life in bettering their lives.

Body building as a part of weight loss is not a modern and new method. People from ancient Greek and Egypt civilizations were lifting rocks and other heavy tree branches as a part of building their body. It is considered that the modern western body and muscle show as well wrestling started in Europe during the years 1880’s and 1900’s when men used to build their body and perform a public display as well as challenge other men to display their body and also to challenge them against a hand to hand combat. Body building is also thought to be established in India during the medieval periods and Indus valley civilizations when men would challenge other men to lift a specific rock to display their strength and power and thus to show their dominance and superiority.

The father of the modern body building is thought to be Eugen Sandow. It is evident and prominent that he brought body building competition and wrestling matches to the world as he has screened them in his 1936 musical Oscar winning film, Florenz Ziegfed. Sandow also constructed a special stage for these men to display their highly worked out bodies and also to conduct and perform many wrestling matches to show the ultimate strength and power of these flexed muscles. It is thought that the invention and the creation of body building equipment such as tension bands, dumb bells and stretchers were done by Sandow. He is considered to be responsible for them to be popular and commercially available in the market.

During 1903, Sandow organized a completion which called all the body builders to display their bodies and the competition went on to be a huge success in Europe as 1000’s of mix culture and body building enthusiasts turned up for the event. The winner was presented with a Bronze statue of Sandow himself and to this day, the most prestigious body building stage show Mr. Olympia, presents the same Sandow Bronze trophy for their winners every year.

In 1994 a similar body building game show was conducted in New York City and the winner was to receive the title of the ‘best developed man in the world’. The title and the award went to Al Treloar.

The golden age of body building started during the early 1960’s. This sudden craze for building the body was partially due to the after effects of World War 2, which made people encourage all the men and boys to build muscles and body for safety. The sport of weight lifting was later added to be one of the Olympic event by 1970. Ms. Olympia was also started in 1980’s where women body builders could display their curves and body.

But as body building transformed from a past time activity to more of a competition there was an increased use of many steroids and drugs for buffing up the muscles of the body to get a front lead in the competition. The increased usage of drugs and steroids not only began creating a threat for the health of people but it also played a crucial role in destroy the game balance. All the steroids and drugs such as pro hormones which enhanced the body muscle parts were banned and they were not sold without actual prescription from the medical officers. Body builders began to understand the importance of consuming more calories than an average human being. They began consuming more amounts of food that were rich in carbohydrates and proteins and less rich in fats and sugars. The content of fats and sugars consumed by the body builders varies greatly from one individual to another and solely depends on the goal and result that is expected by the body builder.

In 1990 Vince McMahon who is also a wrestling enthusiast as well as a promoter started an organization for all the body builders and named it the World Body Building Federation. He introduced the modern WWF styled wrestling matches and brought bigger prize money and rewards to the body building competitions. McMahon also started a WBF magazine which was targeted towards all the body builders and their fans all over the world. He also so bought 6 body builders in a 3 year contract to wrestle and these wrestling matches were recorded and later telecast on TV as TV shows. But later McMahon abandoned the whole project of WBF due to insufficient funding and due to the enormous pressure of managing a TV show, magazine and a whole federation as well as paying 6 wrestlers a 6 figure salary. International Federation of Body builders was formed during the early 2000’s and they requested for an event in the popular Greek game, Olympics. Their request was allowed the same year and the event of weight lifting was included in the Olympics.

jade said…
Another reason is because of the nicotine withdrawal they go through while sleep. why not try here