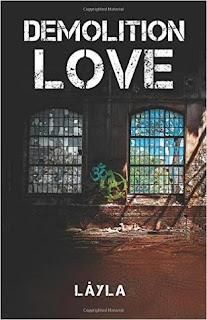 1. Keep your blood to yourself.
2. Agreements between gangs are binding.
3. The Dance is safe space.

The Dance, D-town's all-night dance club, blasts a techno beat 24/7. The loud music protects the street kids from the sonic pulses the Global Government uses to control people's moods. D-town is the only place on earth where people are free to feel their own emotions, and The Dance is its heartbeat.

When the Global Government announces plans to demolish The Dance and turn it into a recycling center, two street kids from enemy gangs team up to stop them. Aidan is an in-between, a member of the middle gender. Lawson, on the other hand, is all guy. Aidan belongs to the pacifist, celibate Bee gang and follows the teachings of the Buddha. Lawson is a Real Dealer, a militant anarchist who doesn't seem to believe in anything except violence and instant gratification. The two gangs don't mix, but after Lawson saves Aidan from one of the frequent beatings Bees endure in D-town, Aidan can't stop thinking about him.

The demolition sign brings the pair together to save The Dance, but their attraction might just destroy D-town before the wrecking ball does. That is, if the spies who have infiltrated the gangs don't beat them to it.

This book has a gritty, realistic vibe to it. The teens in this book are fighters even Aidan. Although, from Aidan, I got this sense that he was more a lover then a fighter in a poetic way. Lawson on the other hand was the tough guy but in the end won the hearts of everyone.

Yet, despite my praises for this book and the two leading men, I found myself having a hard time connecting with the story for the first half to two-thirds of the way. It was like I know what I was reading and understood the events but just like that something that I read a moment ago or even in the last chapter I could not quite remember what all transpired in those few pages. However, as I stated the last little bit of this story was different. Everything came together and I was engaged to the point that I felt sadness and love at the same time by the end of the story. I would give this author another try in the future.
Layla