The Promise of Stardust is not only a must read but a must tell everyone about it type of book. 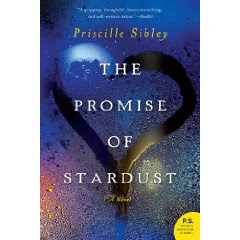 Dr. Matt Beulieu gets a call from the ER. It is Matt’s wife, Elle. Matt rushes to the emergency room to find that his wife is brain dead. She fell off a ladder and hit her head on a rock. Matt is about to pull the plug when he learns that Elle is pregnant.


Matt and Elle dreamed of having a family and have several miscarriages; they never thought they would have a child. Now Matt could have the family that he and Elle dreamed of. Matt makes the choice to keep Elle on life support until she is far enough along for the doctor to deliver their baby. Matt is stopped by a road block. Elle signed papers giving Matt’s mother medical power of attorney. Matt’s mother knows that Elle would not want to be kept on life support and wants to carry out Elle’s wishes and pull the plug. It will be a battle of love and ethics that will have families taking sides.

The human aspect of the characters and the story touched my heart. It made me really get in Matt’s corner and cheer him on. Matt fought hard even with it seemed like the odds were against him. I can not imagine what Matt had to go though with Elle. As I was reading this book, I was discussing it with my husband. He was just as intrigued as I was in how this story was progressing and how it would turn out. I don’t want to give anything away in regards to the ending, so all I will say is that I did shed tears.

The Promise of Stardust is not only a must read but a must tell everyone about it type of book. I pretty much devoured this book. Watch out as Priscille Sibley is going to be the next big Jodi Picoult. Priscille came out with a huge bang with her first novel. I can not wait to see what is in store next from this author.