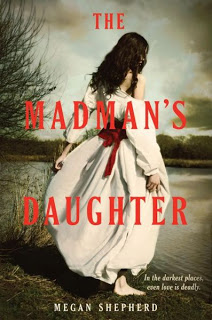 Juliet Moreau is the daughter of Dr. Moreau. Dr. Moreau is a brilliant doctor and was considered a respected member of the community. That is until his latest science experiments were discovered. Now, Juliet is part of a cleaning crew at the university.


After an incident, Juliet needs to make a new start and quickly. After learning that her father is alive and experimenting on an island, Juliet makes her way to the island. Once there Juliet is met face to face with her father’s projects. Juliet must make a decision…stay or leave?

I absolutely love when a book actually turns out to be just as great as it promises to me. That book is The Madman’s Daughter. I devoured this book. I both was upset in horror by Juliet’s father and also intrigued by him. Mad because his “science projects” were more inhumane then just for science. Yet, I was very intrigued by what Juliet’s father was doing and the strange combinations that he put together.

As the story progressed, it got more entertaining. Megan really painted a vivid picture of the story she was telling. It was like I was there on the island and could picture the strange creatures. I am so glad to read that this book is the first in a trilogy. The way it ended I was hoping that there would be another one. I am on the edge of my seat awaiting in excited anticipation for book two. The Madman’s Daughter is mad, crazy good! I give two thumbs up to Megan.