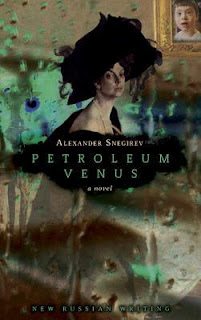 Fyodor is an architect. He has a grown son named Vanya. Vanya was born with Down’s syndrome. Throughout the years, Fyodor has grown to love his son. They have a pretty good relationship. I would not call it the best as Vanya likes structure and as part of this he wants to know every detail about Fyodor’s day. Fyodor does not like this because Vanya acts like his mother in wanting to boss him around.


Things are about to change for both Fyodor and Vanya when Vanya finds a portrait of a woman.

To be brutally honest this book is not one that I would give a first or even second glance at. So, if this book had not been sent to me for a possible review, then I would never have read it. In fact, I picked up the book many times and put it back down. I had my mind made up before I ever started that this book was not going to be for me and I would not like it. This is where the saying “Don’t judge a book by its cover” fits appropriately in this situation.

I instantly fell in love with Vanya. It was his childlike innocence that won my heart for him. However, I found the other people to be mean towards Vanya. Just because someone else is “special” does not mean that they should be treated rudely. This book really shows that no matter what country you live in, this treatment of people does happen. It needs to stop. Luckily, Vanya found a place where he really belonged in the end. Who I did not care for from the get go were the “sisters”. They were extremely mean and loud. They did get a little better as the story went on but they were only barely tolerable. Also, after a while I did find myself skimming this book some. Just because I wanted it to more along faster. Still, a good book and one that I would suggest to people looking for new authors to check out.