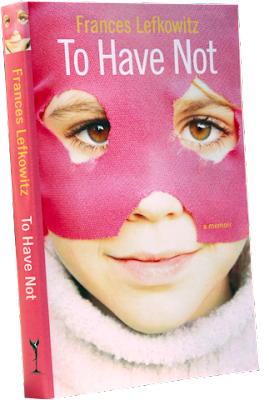 Call it a mid-life crisis, a reinvention of myself, or just plain restlessness, but I’m gearing up for big changes in my life. I don’t know what they are yet, but I know I need them. It’s not that I’m unhappy, it’s just that I feel stagnation choking me like scum on a pond. OK, maybe I am unhappy. If I were a man, I’d probably be thinking about buying a sports car, something red, curvy, and low to the ground. Instead my list of possibilities goes like this: Graduate school? Get a dog? Volunteer at a school in Ecuador? Take ukelele lessons? Move to a bigger city? Get a new job, maybe at a museum? Fall in love with a single dad with small children at home? (Which, as one friend pointed out, is the same thing as getting a new job). In other words, I don’t care where the change arrives—career, work, home, love, hobby—just bring it on. Shake me up. I’ll consider anything.

Oh, I talk big. But the other day, when my friend Susan invited me on a short road trip, from Northern to Southern California, I balked. I had work to do, the forecast called for rain, my hair needed cutting, and various other excuses. She dangled carrots: warm temperatures, the Getty Museum, walks on famous beaches and in famous canyons. She was headed down to help her recently widowed father for a few days, and I could also help, by bringing some bright new energy into his home. But my office needed cleaning, and there’s my yoga class, and oh, I couldn’t be away from my computer for the eight hours it takes to drive from one end of our state to the other.

Then today I had lunch with my dad, also a widower. “Why don’t you get a dog?” I asked him, in my eternal attempt to get him to stay active and try new things. Immediately he started in with the excuses. He might as well have said he had work to do, the forecast called for rain, and his hair needed cutting. I recognized the tone of voice—a low sing-song grumble—as I had just used it on my friend Susan. This kind of knee-jerk negative reaction to change, even positive change, runs in my family; it runs in my species. It can be so hard to muster the energy to counter inertia, to say “yes” instead of “nah.” But the first step is often the hardest to take; after that, momentum kicks in and we kick into gear.

So when I got home from lunch with my dad, I took that first step, and called Susan to tell her to count me in. Then I called my dad, to thank him for the kick. And to bug him about the dog. ###

To Have Not is a memoir of growing up poor in San Francisco in the 1970s, getting a scholarship to an Ivy League college, and discovering the downside of upward mobility. It was named one of five “Best Memoirs of 2010” by SheKnows.com. Author Frances Lefkowitz has been nominated twice for the Pushcart Prize and once for Best American Essays; she is the book reviewer for Good Housekeeping and writes for numerous national magazines. Connect with her at www.FrancesLefkowitz.net , Frances Lefkowitz Author on Facebook, and @MeetFrances on Twitter.


Frances Lefkowitz writes for love and money, and sometimes both at the same time. She comes from humble urban California beginnings, spent her young adulthood in New England, and has garnered many boast-worthy accomplishments. Still, she is one of those women who feels she has not quite lived up to her potential.

At the age of seven, Frances Lefkowitz began to realize other people had things that she did not and might never have. This was the moment when the world divided in two, between the Haves and the Have Nots. It was also the moment that launched her on a lifelong examination of what it really means to have and have not--not just financially, but emotionally and culturally as well.

Moving from one apartment to the next in 1970s San Francisco, Frances's family always seemed a bit short of just enough. This upbringing led Frances to wonder what it might be like to have more, a question that led her from the inner city to the halls of an Ivy League institution, to a dusty village in Central America.

Funny, smart and insightful, To Have Not is a debut of major new literary voice.


I have one copy of this book to giveaway to one lucky reader. Leave a comment about this post with your email address. Open to US and Canada only. I will pick a winner January 22nd.

gcpeach17 said…
At first glance, I must say I wasn't very interested in this book to buy or to win but, since I had the time tonight to actually read the blog, I am terribly intrigued and excited about the possibility of winning and reading this book. It is talking to me....Thanks, for entering me!

Unknown said…
I've read Frances' book and loved it. I also really liked this story and how she overcame this very human inertia with the help of a simple visit with her dad. Makes me want to know what's next.
Thanks
January 13, 2011 at 12:45 AM

Frugaluser said…
I could use a new book to read, and this one wounds like something I may enjoy
sarahdottennysonatgmaildotcom
January 13, 2011 at 6:24 AM

angie said…
Sounds like an interesting book. I am always looking for new authors to read. I would love to be entered for a chance to win this book and read it.
Thanks!
bangersis(at)msn(dot)com
January 13, 2011 at 1:56 PM

Unknown said…
I'd love a chance into this giveaway thanks!

Please enter me in this contest.

Frances Lefkowitz said…
Yes, inertia, such a human problem...yet help solving it can come from such unexpected places! Thanks FOR all the nice comments!
--Frances
January 13, 2011 at 10:02 PM

Aik said…
This book sounds really interesting! I'd love the chance to read it!

Anonymous said…
i rather like the sound of this book, and the cover is very lovely. thanks for the giveaway chance :)
you can contact me here if need be: femmebird(at)live(dot)com
January 22, 2011 at 4:16 AM

MaureenT said…
This books does sound interesting...like the grass is always greener on the other side of the fence. Please include me!