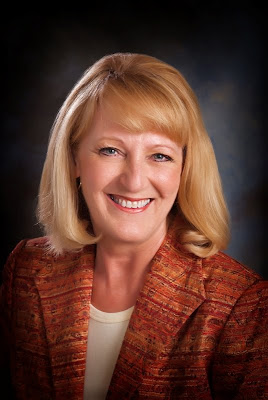 Even when age creeps up on the body and mind, and life changes from what it once was, is it still possible to have a purpose in life? When it is no longer possible to venture out and do the things you once loved, can you still find a reason to look forward to each day? Missy Buchanan, a leading expert and advocate for senior adults, believes that you can. Buchanan wants to encourage older adults to find their purpose, share their stories, and make an impact on those around them.


Q: What made you decide to start ministering to and writing books for older adults?

Well, as a middle-aged adult, I never had any intention of becoming an author of books for older adults. But because of the journey that my own aging parents were on, I realized how they had become disconnected from their church as their lives changed. They started off as active older adults and then that circle got smaller as they had more needs and physical limitations. As I would visit them at their retirement community, I would also see so many others that were just like them. They needed spiritual encouragement. And so that’s why I got started. The first book began as a project just for my own parents. I wrote devotions and kept them in a loose-leaf notebook. But others started asking for them and things just spiraled from there.


Q: What do you think children need to know about their aging parents?

What I realized personally was that I had been so caught up in my parents’ physical needs that I had neglected their spiritual needs. They were no longer connected to their church, at least in regular worship attendance, and that had been such a huge part of their lives. I almost made that mistake of just totally missing that, and that was the point where I began to write. I looked and there were other books written about older adults but not very many that were written to them and for them. So the first thing I would tell their children is to pay attention not only to their physical needs but also to their spiritual needs.


Q: What is your opinion about role reversal with children and their aging parents?

I hear the whole idea of role reversal where the older parent becomes a child and the grown children become the parent, and I understand what they are talking about because my own parents became more dependent on me. But I think that when we refer to it as a role reversal, and we begin to think of our aging parents as children, we strip away their dignity. We rob them of respect and we overlook the fact that they are not children. They have had a lifetime of experiences that a child has not had. And I think that is an important difference that grown children need to think about and pay attention to. It’s more of a role shift in responsibilities and not a role reversal. I know how much it hurts an aging parent to feel like they are being treated like a baby or like a child.


Q: Other than aging adults, who else has benefited from your writing?

A friend of mine in an assisted living facility asked me to bring some books for one of her tablemates. Her tablemate explained that these books were for her adult children. “They don’t understand what it feels like to grow old, and I can’t seem to make them understand, but your books say it better than I ever could.” My books are all written in the first person as if an older adult is speaking directly to God. There are a lot of adult children that are buying them for themselves and older adults buying them for their grown children.

And I’ve heard of different youth groups that have been reading my books in order to better understand what it’s like to grow old. Instead of just mocking their older peers, they are learning that they share a lot of the same feelings—feelings of insecurity, feelings of fear. As a result of reading the books, one youth group in Tennessee has even adopted the residents of the senior living center across from their church.

Q: How can faith change our idea of growing older?

So many see aging as a punishment, and they dread it so much. But even though it is difficult to be limited by an aging body, they need to look at it as a gift that God has given them. They still have so much to give. They have great wisdom to share and stories to share. I always tell my older friends that their story is not yet over.

Missy Buchanan is the author of Talking with God in Old Age: Meditations and Psalms and


Missy was born into a family that treated their elder adults with love and respect. Her own grandparents lived in her home when she was a child, so it only came natural for her to care for her parents as they aged. Even though they chose to live in a retirement facility, Buchanan visited them regularly to help provide for their physical needs. But it wasn’t until her mom mentioned how long it had been since she had been served communion that Buchanan began to realize that their needs were far more than physical.

And so began her journey as a writer and an advocate for senior adults. When Buchanan visited a bookstore to learn how few resources were available, she began writing devotions for her parents. But soon word spread in their community, and others wanted to read her devotions also. And it spiraled from there into books to minister to aging adults.
Missy Buchanan

audreygeddes said…
Sounds like a very interesting read and a topic we often overlook. Thanks for sharing this interview! Funny enough I just finished a book about aging by Sondra Wright called, 40+ and Fabulous: Moving Forward Fierce, Focused, and Full of Life! It's a very positive, encouraging and enlightening read that I highly recommend to women of all ages.
January 14, 2011 at 10:59 PM