Book Tour: A Rose Should be Red + Giveaway 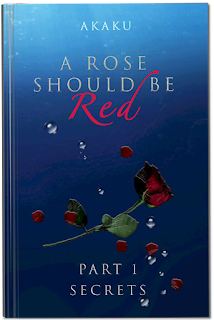 Part 1: Secrets (book 1)A bittersweet kiss, followed by a sorrowful confession, "Everything I did wasmeant to keep you safe...."Almost overnight, Jenny Brown's everyday life is turned upside down. Her fatherdies suddenly. Her mother uproots them both and brings them to London to live inthe hopes of getting her life back to normal. Yet, despite her present chaos, Jenny isstill haunted by her dark past and weighed down by the suffering throughout herlife. A broken girl, it's hard for her to let anyone new into her life or get close toanyone.But then Jenny's tough persona is put to the test when she meets Tyler Williams. Akind and handsome gentleman with deep blue eyes that bring back emotions shethought were long gone. Her fearful and cautious nature around men is challengedas he helps Jenny and her mum settle into their new place.Meanwhile, strange things keep happening. A mysterious boy she can't remember. Amissing best friend. And worst of all, someone is watching her.By the time Jenny realizes that she is caught in the middle of a dangerous game.And now, it might be too late to escape it.

This is my first time reading anything written by author, Akaku. I did like this book. The intrigue of the mysterious past surrounding Jenny including who the man was that was looking for her was good. I was along for the ride to uncover this mystery. I did not see or know how the story would play out until the author wanted me to learn the "truth".

Although, the story did seem to move at a slow pace in the beginning. It did not really pick up until a little more than the halfway point of the story. Everyone had a role in the story, so that no one felt like they were playing second or third string characters, but I did find myself having some trouble emotionally investing in them. Where the romance is concerned involving Jenny and Tyler, I am undecided at this time about how I feel about Tyler. Hopefully, my feelings will change in book two. 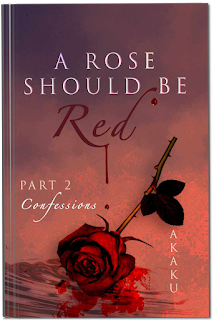 Not all are who they seem, and not everyone can survive this deadly mystery...All Jenny Brown wants is a normal and easy life. And all Tyler wants is Jenny. If only she could forget her past and show him how she really feels...If only things were that easy.You see, someone else wants Jenny. Someone with evil on his mind. Someone who played a significant rule in the past she’s trying to forget.This sinister guy has returned from the dead to haunt her, and nothing will stop him from getting Jenny.First, it’s the creepy messages, then the threats, next he’s terrorising her friends, and now he’s hurting those closest to her.And his deadly cat and mouse nightmare is just beginning.

This series is meant to be read in continuous order. As this book picks up from events in the first book. Which the latter half of the first book got me hooked to continue this series. Now that the mystery has been solved surrounding Jenny and her past, I was in to see Jenny find some happiness.

As I had said about the first book, I was undecided where Tyler was concerned. Well, I am happy to report that in this book I did warm up to him better and felt his love for Jenny. Yet, it seems that Jenny's happy ending will have to wait a bit longer as she other shady characters come out to haunt her. This time around I also grew more connected to the other characters. I look forward to seeing how this series concludes. 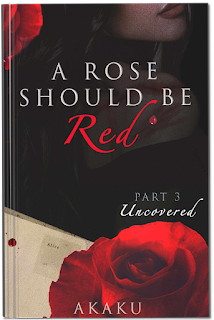 Questions need answering.Lives are at stake.Jenny Brown is still reeling from the shocking news that her best friend Alice is dead. But that’s just the start of her nightmare …

The suspect didn’t get caught. And he’s closing in on her.

Jenny is being dragged deeper and deeper into a past she’s trying to forget, but this time it’s different - she’s different. Now Jenny can’t shake the burning desire to wreak revenge on this maniac – retribution is the only way she’ll be able to escape this living nightmare.

And she’ll fight to the death to get justice for her friend, her family, herself, and Tyler, the love of her life - even if she has to pay the ultimate price.

Can Jenny overcome her past to defeat her tormentors and secure her future life?Or is she about to become the psychopath’s next victim?

1 lucky INTL/US winner will get the whole trilogy signed

How to enter:- Must be following me @beastreader, @featheranddovetours AND @akakured- Tag 3 friends in a comment (multiple tags allowed but different people)Extra entries:- Share this to your story tagging @featheranddovetours- Follow the tag #aroseshouldbered and enter through the other reader's posts!Rules:Giveaway ends on May 16th, not affiliated with Instagram