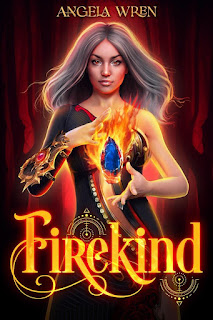 Firekind is a mythical world of beauty and peril, anchored by the unexpected power of sacrificial love.

When an outlandish creature almost drags 18-year-old Poppy Paquin into the river, she discovers her friend, Thom, is entwined with her missing memories. Thrown together, they evade the shadowy danger pursuing her. Their adventure leads them into Caelith, a realm ruled by elementals, where they face an enemy of legendary power, bent on Poppy’s capture.

A story of forbidden romance, buried heritage, and courageous choices.

Firekind Excerpt 1 The magic of the Fagradalsfjall volcano system was on display, and Poppy wasn’t about to miss the fireworks. Scattering gravel, she pulled into her driveway, rushed inside, and jogged upstairs. Her fingers flew over the keyboard as she searched for the webcam trained on the new series of fissures opening near the young Icelandic volcano. Biting into an apple, she opened the sushi she’d grabbed at the end of her shift. Because of work – at the lone Target in Riverston, Missouri – Poppy had missed the beginning coverage of the newest eruption. Now, she had all of Friday night to witness the fiery plumes of lava and glowing lava fields. But catching sight of the screen, she dropped the apple. The live stream of the eruption was replaced with, Webcam Offline. No! No! No! Searching for another webcam, she clicked link after link. A camera trained on the north side of the mountain showed only grayish fog, and another wasn’t much better. On the shelves above, her collection of gemstones, geodes, and rock specimens glared along with her, blue in the glow of the laptop. Ever since increased seismic activity had indicated magma intrusion, she’d been waiting for the eruption – her first opportunity to study a major volcanic event. 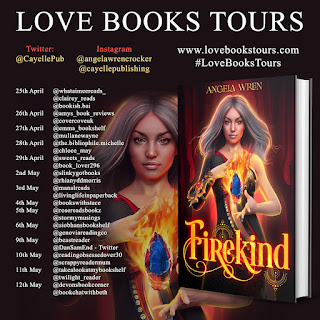