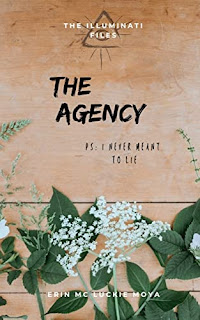 The Society controls them - governs them - defines them, but can two people from very different worlds beat the odds that have been thrust against them? Can they overcome their own archaic beliefs? Or will their own arrogance and pride doom them both?NataliaOne last summer. That was what I promised myself - what I told myself I could get away with. Because I didn’t want to give him up, but then we were never given a choice. So I was going to indulge on the Mediterranean seas, quelling my thirst for a life that could never be mine - even if I was working in the background to dismantle the system.But he isn’t who he says he is, and I can’t find it in myself to be mad, because I’ve been lying the whole time about who I am and where I come from.DeanShe was supposed to be my salvation - my little piece of purity in this dark world. I supposed it serves me right that the one good thing I found in life was tainted, but if she thought she was tainted by them, it will be nothing compared to what she will be like once I’m done with her.Because she was supposed to be pure, but she f*cking lied. And that is one transgression, I won’t accept.

We finally get to meet the mysterious Natalia. She is Aria's friend. Instantly, I got bad ass female vibes from her. I mean if the opening scene was not enough to convince you. Not to be forgotten is Dean. In the beginning, I thought he was just this mild-mannered sweet guy that Natalia was hooking up with but boy was I wrong.

For those readers who have been following along in this series, you are in for a big treat with this book. It is the darkest one in the series so far and I love it. There are some big surprises involving The Society. Erin leaves me on the edge of my seat anxiously awaiting the next book in this series with her cliffhangers. Yes, Erin I am screaming at you (but I love you).