Book Review: The Bus to Beulah 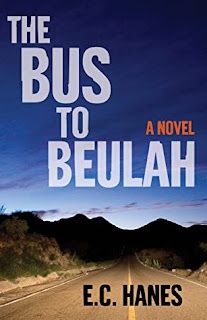 On her way to a new job in America, Maria Puente accidentally discovers a human trafficking ring. Fearing exposure, the American company that manages the operation—with the help of their Mexican partners—kidnaps Maria.Maria’s disappearance triggers a desperate search, by her family and local law enforcement, to find her before the kidnappers can permanently dispose of her. As the investigation unfolds, long-time Hogg County high sheriff Will Moser confronts Albert Waters, a powerful businessman who Will suspects knows about Maria’s disappearance—but Albert and his Mexican cartel partners prove to be brick walls.At the urging of his wife, Lana, Will calls on Elijah Kahn, a man he got to know while serving in Vietnam who now runs one of the largest international security firms in the world. The idea of working with men who are rightly known as mercenaries troubles Will, but he knows he’ll never find Maria without Elijah’s help—and when Lana reminds Will of the debt they owe to Tomas Delgado, Maria’s uncle, his hesitation evaporates.Organized in an hour-by-hour structure, The Bus to Beulah is a taut thriller that culminates in a massive, heart-pounding chase to save Maria—before she disappears forever.

I was looking forward to reading this book. I have read a handful of books where human trafficking was the subject matter. It is a topic that I am glad to see get more spotlight shown on it as it is a very serious matter that people need to be aware of. Just like illegal drug trafficking.

Sadly, I found myself not enjoying this book as much as I had hoped to. This is because I found myself really struggling to connect to the characters. In addition, that I was hoping that Maria's voice would be the prominent one in this story. She was not featured but Will and the kidnappers were the voices. If Maria's voice had been prominent, I think my feelings towards this book would have improved as it would have made it more of an intimate character driven story.