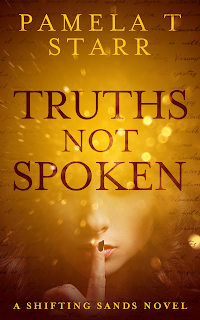 Book Description:
Single mother Laura Walters had her life under control. She had a jewelry business, a generous best friend and a careful watch on her nine-year-old daughter, Emily. Then, Emily is seen on national television with Vic, the man who could tear their world apart. With one thirty second news clip, Laurel's life turns into a tailspin. The paparazzi chase her. Two men from her past want her: Vic is a former lover. Kyle a former friend. They both know her secret, and either one could ruin the careful life Laurel built for herself and Emily.

Faced with no other option, Laurel turns to Kyle to protect her and her life with Emily. But just as Laurel and Kyle are beginning to trust each other, they learn of shocking betrayals they each have been hiding. Some secrets are made to be broken. Some secrets never should be. But how does Laurel learn which ones are which? Truths Not Spoken is the debut novel by promising new author Pamela T. Starr. It is a must-read for every woman who balances her dreams of love with a man with the needs of her child. Truths Not Spoken shows readers that yes, dreams can come true.

To be honest, there was no great love triangle drama or hard decision that I felt Laurel had to make between the two men. It was really one-sided and an easy choice to make. Although, I will tell you that it took me quite a while to get into this story. I was hyped up to experience the drama and intensity in this book. Yet, what I got was much more mild. The passion involving Laurel and Kyle was a slow burn. There was probably just one real scene where they were together but otherwise there was not a lot of movement. Not, that I need to always have the passion turned up.


Actually, to be completely honest, it was Laurel that I was having an issue with. She was so reserved and soft spoken. Although, I understand why due to her past relationship. It just would have been nice to have Laurel open up more and be a stronger presence in the story. Kyle was trying to keep things interesting but he could not do it all. However, despite the lack of energy I did find this book to be a nice read.
Buy the Book: Amazon
​
Add to Goodreads 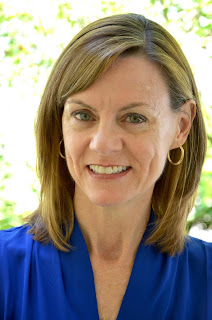 Pamela T. Starr has been recognized as an outstanding new author with a promising future. Truths Not Spoken is the first in her Shifting Sands series, all set in her home state of Florida.

An accomplished trainer and public speaker, Pamela has motivated more than 60,000 people at live presentations and workshops. She has also logged more than 30 hours of live national television appearances.

Pamela is inspired by the two men in her life. The one she mothers is still young enough to be excited by life and the many opportunities he discovers. The one who is her life-long partner is old enough to know that life is an adventure and he embraces it every day.

Which was the hardest character to write? The easiest?


Ooh!  It was definitely Kyle.  I wanted to create a hero that was strong but not a jerk, caring, but not wimpy, good with kids, but also able to intimidate Vic when necessary.  I worked hard to come up with the right balance for him.


The challenging part for me was changing Kyle’s thoughts and dialog when he was in different situations.  Even when men are the best of friends, they act differently when they are together than when they are with the women in their lives.   Even at the beginning of the book when Kyle and Vic seem to be friendly, Kyle acts different with him than when he is with Laurel.

The easiest character was Vic!  He was a lot of fun for me to write because his attitude is similar to the attitudes of some of the men I knew when I was single.   I’ve been surprised at how some of my readers really hate him!  Maybe I’m a bit more understanding toward him because he’s my creation, or maybe just because he’s based on some real men I know.  He thinks he’s doing the right thing, he’s just way off base.


What is my writing schedule?


I’m pretty organized and goal-oriented, even with my writing.  I like to make a plan and check things off the list.   Once I got into a good rhythm with Truths Not Spoken, I had a weekly goal of 7,000 words.  I broke that down into a daily goal that would change, depending on what else was going on in my life that week.

In the summer of 2016, my fiancé rode his bicycle across the United States.  Since he was gone, I used that time to get a ton of work done on the book.   I have a full-time job, so right after work, I’d settle down with my laptop and write until I had met my goal for the day.  My writing slowed down quite a bit when my fiancé finished his trip, but by then I was in the editing stage which is a different mindset.


Cookies, cookies, cookies!  Somehow eating a cookie (or four) seems like less of an indulgence than eating ice cream or a piece of cake.  One of my earliest childhood memories is standing at the kitchen counter, opening Oreos, licking the icing out of the middle and throwing the chocolate part in the trash.  From that point on, my entire family called me the Cookie Monster.


What’s the most courageous thing you’ve ever done?


I honestly think publishing Truths Not Spoken was the hardest thing I’ve ever done.  I devoted an entire year to it, spending countless late nights and early mornings on it.  Some of my friends cheered me on, others suggested (with love in their heart) that I shouldn’t waste my time on it. There were times when I felt very alone and thought about giving up.  But now that the book is published, I’m glad I didn’t!

How long have you been writing?


I wrote my first novel about 30 years ago!  Like many first novels, it’s sitting in a box in my closet, and will never see the day of light.  I started writing my second book about eight years ago.  That book became the original framework for Truths Not Spoken.  I got about a quarter of the way through that book, then started working on some other projects.  For all those years, I talked about how I wanted to writing a book.  Finally, I decided I had to either do it, or stop talking about it.  So I joined a local writers group, and dedicated the next year to finishing my book.