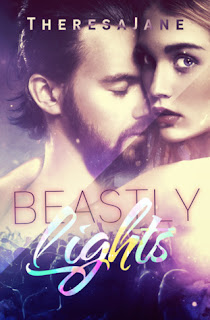 Gambled away by her brother, Freya is now bound to the music world's resident bad boy Liam Henderson as his live-in maid.

Freya Coleman is a struggling artist who can hardly get by. With a past she would rather not revisit and a future that didn't extend past her next cup of coffee, something had to change. Freya just didn't know how much.

Liam Henderson lives in the spotlight. His wild nights and latest conquests make every woman want him, and every man want to be him. The rockstar has a carefully constructed persona to keep everyone out. That is, until a drunken night gets out of hand and he finds himself with the winning hand in a poker game, and the prize is a feisty redhead. A prize who just might break down the walls he has been so desperately hiding behind.

Thrown together, these two are a disaster waiting to happen. A disaster the world is eager to watch and comment on until their fingers drop off. What starts off as a fake relationship to improve Liam’s image, blossoms into so much more, and Freya is swept up into the world of bright lights and illusions. Everyone has an opinion when the lights are shining on their beloved rock god Liam Henderson, and they are eagerly waiting to tear down anyone who is bathed in the famous glow.

Can happily ever after exist when the whole world is watching?

If you love a good romance story with endearing characters than you should pick up a copy of this book. Liam came off as the perfect gentleman. In fact, he was almost too perfect that you had to wonder if he was real. Luckily, he was the real deal. Freya was very lucky to have Liam. Although, it may not have seemed like it in the beginning. I loved how Liam instantly came to Freya's side and became her protector. After getting to hear Freya's story about her childhood, she needed someone to protect her. Sometimes I don't like when the woman comes off as weak but in this case, it worked. Actually, I would not really call Freya "weak" but more like fragile. She has had to take care of herself for so long that it was nice to see Liam take over and care for Freya. Every time that Liam called Freya's name, I felt the love.

This book just goes to show you that there is more to romance then just "sex". There is the matter of the heart as well. In Liam and Freya's case it was a love story. Yet, it is Liam singing and not just because he is the musician. That is because Freya can't carry a tune. If you asked Liam, he would agree. Theresa Jane scores a hit with Beastly Lights as it is a wonderful read filled with endearing characters!
Theresa Jane