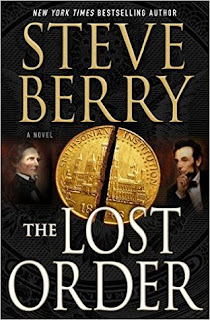 The Knights of the Golden Circle, founded on July 4, 1854, was the largest, most dangerous clandestine organization in American history. It formulated grand plans—to expand the United States, change the constitutional landscape, and forge a Southern empire, enslaving a ‘golden circle’ spanning two continents. To finance its goals, the Order amassed an amazing trove of stolen gold and silver, which they buried in hidden caches across the United States. Treasure hunters have searched for decades, but have never found any of the Order’s major hoards.

Now, 160 years later, the knights still exist. Two factions within the Order want the treasure—one to spend it, the other to preserve it. Thrust into that civil war is former Justice Department agent Cotton Malone.

Starting with a hunt for clues inside the Smithsonian Institution, Malone discovers that an ancestor within his own family may hold the key to everything: a Confederate spy named Owen “Cotton” Payne. Complicating matters further are the political ambitions of a ruthless Speaker of the House and the widow of a United States Senator, who have plans of their own—plans that conflict in every way with the Order.

From the quiet back rooms of the Smithsonian, to the dangers of rural Arkansas, and finally into the rugged mountains of northern New Mexico, The Lost Order is a perilous adventure into our country’s dark past, and a potentially darker future. 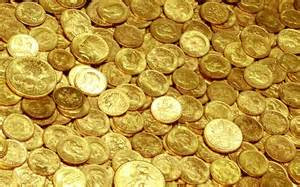 I have read a few books in this series. After reading this most recent book, I realize that I really do need to go back and read all of the missing books. I breezed through this book with great speed as I was very engaged with what I was reading. The mystery regarding the Knights of the Golden Circle and the mystery surround billions in lost gold was intriguing. This story may have been fiction but it is not that far unbelievable to imagine that this could be a story ripped right from the history books.

Cotton is on top of his game. He stood toe to toe with everyone he met and if he did get knocked down he was not down for long. There was plenty of drama and a few surprises to keep the story interesting as well as moving along at a good pace. This book had the mix of the National Treasure and the Mummy movie. The Lost Order is worth its currency in gold.
Steve Berry