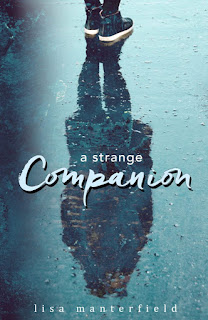 Kat Richardson isn’t running away from grief; she’s just hiding out in a gloomy Welsh university town until she’s sure it’s gone. Now, one year, nine months, and 27 days after the climbing death of her first love, Gabe, she thinks she’s ready to venture out into the relationship world again. And Owen—a cake-baking, Super Ball-making chemistry student—appears to be a kind, funny, and very attractive option.

But the arrival of Kat’s newly adopted niece, Mai, forces her home to northern England, where she runs headfirst into all the memories of Gabe she’s tried to leave behind—and discovers that Mai stirs up an unnerving feeling of déjà vu. Before long, Kat’s logical, scientific beliefs about life after death are in battle with what she feels to be true—that reincarnation is real and Gabe has come back to her through Mai. The question now, is why?

Taking on the topics of love, loss, and how we deal with grief, A Strange Companion is a twisted love triangle among the living, the dead, and the reincarnated.

I have read several books about reincarnation but I have to comment by saying that this book is one of the best ones I have read. It was not just about lost loves or believing but also about life itself. The lesson to take away from this book is "Life is too short, Don't let it pass you by, Savor every moment".

Readers like me did not get to meet Gabe prior to his death. So I did not get to experience his relationship with Kat. Yet, through Mai and Kat's memories of Gabe; I felt like I did get a glimpse of who he was and just how special he was to Kat. It was easy to believe that Gabe was back in a way through Mai. Every time that she reacted to Kat, she pulled me in a little more deeper. All of the other characters in the story were just as much a part of the story as Kat and Mai were. It was nice that Kat did not fight her logical side but went into the journey she was experiencing with an open mind. A Strange Companion is full of great characters, and a memorizing storyline that sticks with you long after you have finished the book!


I have a signed copy of A Strange Companion along with Kat’s recipe book up for grabs.
Lisa Manterfield

traveler said…
Thanks for this captivating and unique book which interests me greatly.
April 5, 2017 at 7:34 AM