THE BOOK OF LOST FRAGRANCES 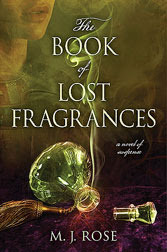 Jac L’Etoile is a celebrity. She has a book out titled Mythfinders and a television show by the same name. What started out as a way to prove that myths are not real, has turned out to be something more. In the process of Jac’s show, she can not help but admit a little to herself that myths are built around some truth. Instead of following in her family’s foot steps and becoming a perfumer, Jac became an explorer of ancient myths.

One that is a myth…a perfume that is known as the fragrance of memory that Cleopatra supposedly manufactured. This is just a rumor that Jac’s family started in order to make their perfumes seem more exotic.

Jac will have to face her greatest myth when her brother, Robbie disappears. Prior to him disappearing, he had hinted to Jac that he found a great discovery related to the fragrance of memory and Cleopatra.

The Book of Lost Fragrances is the latest book in Ms. Rose’s Reincarnationist series. This book can be read as a stand alone novel. I have fallen in love with this author since her first book, The Reincarnationist. This series brings the best of both worlds…present and past in a good time travel type series.

Ms. Rose did a great job of describing in detail the scents. It was like I could smell every detail down to the last drop. If this book came in smell-o-vision, than it would be one sweet scent of intrigue, mythology, good characters, and a great story line!

I must admit that my favorite parts of this book where the past. While, I did like Jac and found her to be an interesting person, I felt that the strongest points of this book lay in the past. This book is probably one of my favorites in this series. What a fun time Ms. Rose must have had researching this book and trying out different perfumes. I can not wait to see what she has up her sleeve next 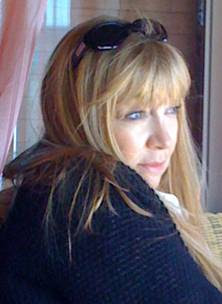 M.J. Rose is the international bestselling author of eleven novels: Lip Service, In Fidelity, Flesh Tones, Sheet Music, Lying In Bed, The Halo Effect, The Delilah Complex, The Venus Fix, The Reincarnationist, The Memorist, and The Hypnotist. The Book of Lost Fragrances will be published in March 2012. Rose is also the co-author with Angela Adair Hoy of How To Publish And Promote Online, and with Doug Clegg on Buzz Your Book.

Rose is a founding member and board member of International Thriller Writers and the founder of the first marketing company for authors: AuthorBuzz.com. As well as the co-founder of Peroozal.com and the popular website www.BookTrib.com

Rose has been profiled in Time magazine, Forbes, The New York Times, Business 2.0, Working Woman, Newsweek and New York Magazine. Rose has appeared on "The Today Show," Fox News, "The Jim Lehrer News Hour" and features on her have appeared in dozens of magazines and newspapers in the U.S. and abroad, including USA Today, Stern, L'Official, Poets and Writers and Publishers Weekly.

M.J. Rose lives in Connecticut with Doug Scofield, a composer, and their very spoiled dog, Winka. To learn more about M.J. Rose and her work, visit her website at: www.mjrose.com