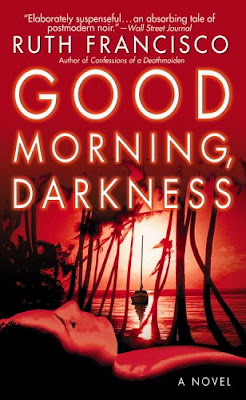 Laura Finnegan had it made. She had a great job in a financial institution, good friends and a man who loved her. Actually, he stalked her when she tried to break up with him. He scared her to the point she took a self-defense class taught by an off-duty cop.

So, when two arms wash up at two different sites on the Malibu coast, there are those who believe they belong to Laura. No one can find her, her “ex” moved her furniture and clothing out of her rental and supposedly stored them for her but, in fact; they were sold. Scott Goodsell was the ex and found nothing wrong with his actions. Women were stupid, they loved him, and when he left they were heartbroken.

Raised by a “unique” mother, Scott always got his way with mom – although he usually paid for it later when her mood changed. His sisters hated him, conspired against him and there never was peace in his mother’s house. The newest item of contention is the ring his grandmother gave him: a family heirloom that held a huge value even if no one knew that. Little sister wants the ring. Scott gave it to Laura, it was on the left hand of one of the arms found on the beach.

Beginning as a first person narration by a Mexican fisherman, this novel changes pace many times and this only adds to the reading enjoyment. The fisherman feels he knows who the arms belong to but we do not know until the last chapter whether he is correct or not. The Martial Arts instructor dreams of Laura, knows Scott was stalking her and thinks she ran away, leaving Scott far behind. At least, that’s what he hopes. Scott dreams of Laura also, but his are a bit more graphic. He feels she is waiting for him – somewhere.

Good Morning, Darkness by Ruth Francisco is not to be missed. It had me from the beginning and I had no clue as to the outcome!
Ruth Francisco