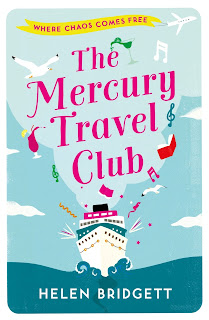 
He took her to dinner: that was annoying


He slept with her: that was hurtful


He bought new underwear to impress her: quite frankly astounding


He left me to bloody wash his FILTHY WHORING PANTS: INFURIATING!


After twenty-four years and eleven months of marriage, Angie Shepherd is divorced, dejected and facing a future of cardigans and cats. Best friend Patty is having none of it, and launches Angie into a variety of crazy schemes in search of her lost mojo.


But it s just not enough; what she really dreams of is beating her ex and becoming Entrepreneur of the Year. Channelling her inner Richard Branson, Angie invests her divorce settlement into The Mercury Travel Club, a travel agency with a twist. But as the club gets going, things don't go according to plan, and in this digital age, a little chaos brings the recognition Angie's been looking for.


Witty, entertaining and laugh-out-loud funny, this feel-good novel shows that it's never too late for a second chance.

Wow. What a way to start a book. Angie's husband leaves her for the caterer at their daughter's party. I would have probably fallen apart, been in shock, denial, and than looked to get a new start. All things that Angie did as well. She made new friends in the process with Patty, Shelia, Charlie, and Josie.

I loved the concept for The Mercury Travel Club. It is an agency that I would want to book with. The group came up with some fun and creative ideas. Which speaking of the group, they were good together. Yet, separately, they were alright. Again, together, they were magic. They fed off each other and their personalities and what they brought to the group.

While, I liked everyone, I wanted them to be more eccentric and kind of over the top with their personalities. Additionally, Angie needed to let go more and go with the flow. The story did not really feel like it started to pick up steam until about a third of the way in. Which was almost too late. It felt like when I would take two steps forward, I would go back three steps. The story was just middle of the road for me with not a lot of laughs. 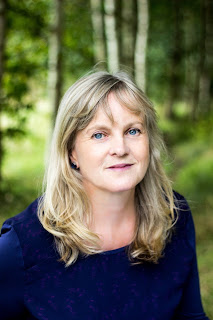 
Helen Bridgett was born in North-East England and now lives in Manchester having stopped off at a few places in between. Having failed miserably with every New Year's resolution that involved giving up food or drink, one year, she set herself a completely different goal - to write a novel and give it as a Christmas present. The Mercury Travel Club was born and the characters took on a life of their own. Outside of writing, Helen loves hiking and wine - not usually at the same time.
​