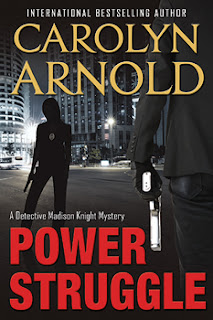 
One hit man who’s back for revenge.


One detective who’s not going down without a fight.

It’s been ten months since Detective Madison Knight almost died at the hands of Russian Mafia hit man Constantine Romanov. She hasn’t seen hide nor hair of him since he escaped police custody and fled to Russia soon after his arrest, except now her latest murder investigation gives her reason to believe he’s back in town. Seeing as the victim is the man who killed her grandfather, her perspective may be a little skewed, but with the MO smacking of Constantine and the victim’s connections to the mob, she finds it hard to be objective. Still, she’s doing her best to consider all the evidence.


When she receives a threatening letter from Constantine, however, her suspicions are confirmed. And he’s made it abundantly clear that not only does he plan to finish what he started but he has her family and loved ones in the crosshairs, too. Madison vows to do whatever it takes to save them, but as the hours race by, the body count rises. And the stakes only get higher when Madison’s sister, Chelsea, goes missing.


Now, Madison’s only play is to take Chelsea’s disappearance for what it really means: Constantine is calling Madison out for one final showdown. And they won’t both survive…

My Review
This is the second book I have read from this author and the first in this series. While there are some references to the prior novel in regards to Madison's relationship involving Constantine and her vengeance for revenge; I felt that this book could still be read as a stand alone novel.

The beginning was good. I saw and felt Madison's anger towards Constantine. Yet, this is where the downside of having not read the prior novels in this series comes into play. The momentum that I was feeling in the beginning dissipated. This is because there was a lot of conversation happening and not much else. If I had built this relationship with the other characters and a strong bond with Madison, I probably would not have minded it as much. Yet, I struggled to stay in the moment. However, if you can stick with the storyline a while longer, it does start to pick up momentum at the half way point. Madison got stronger along the way as well for me. This is a good read.

What to expect from the Detective Madison Knight series:

Murder. Investigation. The pursuit of justice. Do you love trying to figure out whodunit? How about investigating alongside police detectives from the crime scene to the forensics lab and everywhere in between? Do you love a strong female lead? Then I invite you to meet Detective Madison Knight as she solves murders with her male partner, utilizing good old-fashioned investigative work aided by modern technology.


Read in any order or follow the series from the beginning. 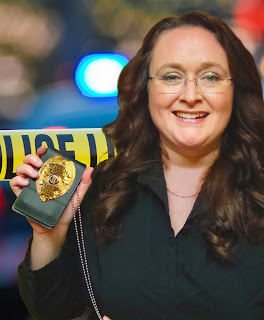 
CAROLYN ARNOLD is an international bestselling and award-winning author, as well as a speaker, teacher, and inspirational mentor. She has four continuing fiction series—Detective Madison Knight, Brandon Fisher FBI, McKinley Mysteries, and Matthew Connor Adventures—and has written nearly thirty books. Her genre diversity offers her readers everything from cozy to hard-boiled mysteries, and thrillers to action adventures.


Both her female detective and FBI profiler series have been praised by those in law enforcement as being accurate and entertaining, leading her to adopt the trademark: POLICE PROCEDURALS RESPECTED BY LAW ENFORCEMENT™.

Carolyn was born in a small town and enjoys spending time outdoors, but she also loves the lights of a big city. Grounded by her roots and lifted by her dreams, her overactive imagination insists that she tell her stories. Her intention is to touch the hearts of millions with her books, to entertain, inspire, and empower.


She currently lives just west of Toronto with her husband and beagle and is a member of Crime Writers of Canada and Sisters in Crime.


And don’t forget to sign up for her newsletter for up-to-date information on release and special offers at http://carolynarnold.net/newsletters.

She is an international bestselling and award-winning author, as well as a speaker, teacher, and inspirational mentor. She has four continuing fiction series and has written nearly thirty books. Both her female detective and FBI profiler series have been praised by those in law enforcement as being accurate and entertaining, leading her to adopt the trademark, POLICE PROCEDURALS RESPECTED BY LAW ENFORCEMENT™.

Today, she answers a few questions for us and gives us insight into her life and journey as a mystery author.

As a child, what did you want to be when you grew up?
I don’t remember back as far as a young child, but as a young adult, I either wanted to be a defense attorney, a police officer, or a journalist. As a crime author, I’ve really become a blend of all three. LOL

If you had one wish, what would that be?
That people would use their energy for building other people up and that the world could unite, accepting each other’s differences, even when there’s not the threat of an alien invasion or global destruction. ;)

How do you develop your plots and your characters? Do you use any set formula?
I write organically or go with the flow. Writing in this manner is also known as panster-style. If I set out to write an outline—even a brief one—my creativity stops.

When I start writing a book, I normally only have the concept of the plot. Most times I don’t even know who the killer is and I never know in advance how I’m getting my investigators to their door.

What advice would you give to someone who wants to become a published author?
It will take a lot of hard work, likely more than you can imagine until you’re immersed in the process, but there is no need to get overwhelmed. Take one day at a time and keep your focus on how much you enjoy writing and how you are writing for the readers who will love to read you.
Connect with CAROLYN ARNOLD Online:
Website | Twitter | Facebook
And don’t forget to sign up for her newsletter for up-to-date information on release and special offers at http://carolynarnold.net/newsletters.
Excerpt from chapter 12 of Power Struggle (Detective Madison Knight series)
As she walked to her car, the air was cold and bitter. Snow was in the forecast, and she hugged her coat to herself. Goose bumps formed on her flesh, but it wasn’t from the chill. Something was tucked under one of her wiper blades. It could just be a flyer of some kind, but her instincts were firing off warning signals in rapid succession. As she got closer, she saw it was an envelope. She plucked it off the windshield and read the outside: Detective Madison Knight.
Shivers sliced through her body, and her breathing quickened.
Did she really want to open this? What if it somehow confirmed all her paranoia as fact, that Constantine was in town and she had his attention?
Swallowing hard, she slipped a finger under the unsealed lip of the envelope, pulled out a tri-folded piece of paper, and read it:
Were you missing me? No need to any longer. I’m back, and I have my eye on you and yours.
She dropped the letter and braced herself against the hood of the car. Her head was spinning and her heart hammering. She felt all the blood drain from her face as dread washed over her, weighing her down to the concrete.
This couldn’t be happening. She’d become complacent, lulling herself into a false sense of security by hiding behind words and faulty logic. And for Constantine to have left this here, he would have been here in the last hour. That meant he must have been following her. And the parking lot was aboveground with automated gates… He had been brazen enough to expose himself in the light of day.
She spun around, frantically studying her surroundings, but she saw no one. Her gut knotted and breathing was becoming increasingly difficult. It was clear he had every intention of following through with his threat. She looked down at the piece of paper that lay on the ground at her feet and went to pick it up. She found herself hesitating, as if it were a serpent that would bite her hand. Any hope that Constantine was long gone disintegrated, because the truth was, Constantine was still in town and he was coming for her. And, from the sound of it, her loved ones. 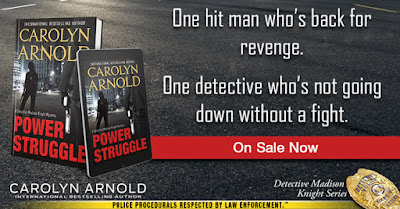