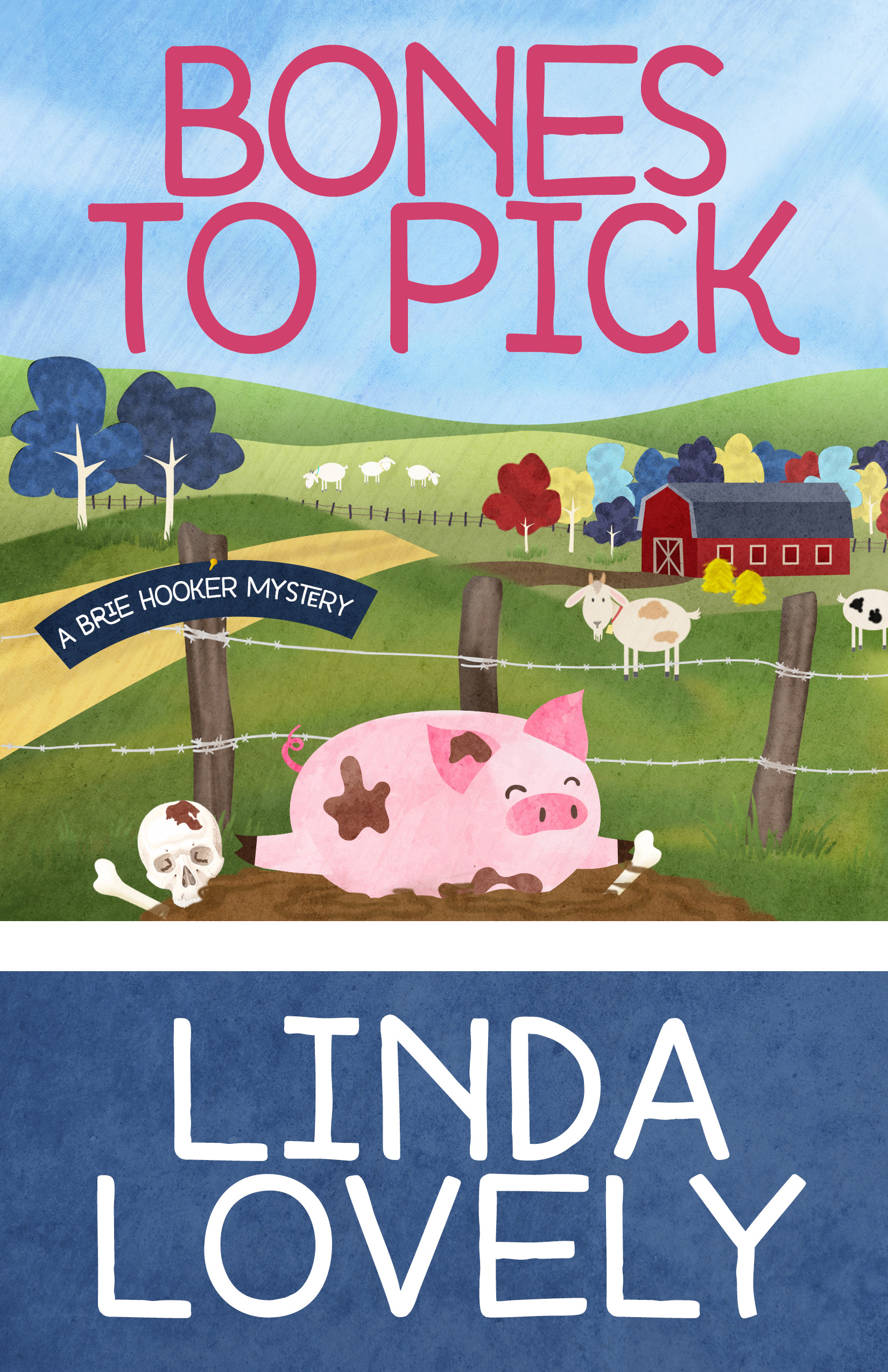 Living on a farm with four hundred goats and a cantankerous carnivore isn’t among vegan chef Brie Hooker’s list of lifetime ambitions. But she can’t walk away from her Aunt Eva, who needs help operating her dairy.

Once she calls her aunt’s goat farm home, grisly discoveries offer ample inducements for Brie to employ her entire vocabulary of cheese-and-meat curses. The troubles begin when the farm’s pot-bellied pig unearths the skull of Eva’s husband, who disappeared years back. The sheriff, kin to the deceased, sets out to pin the murder on Eva. He doesn’t reckon on Brie’s resolve to prove her aunt’s innocence. Death threats, ruinous pedicures, psychic shenanigans, and biker bar fisticuffs won’t stop Brie from unmasking the killer, even when romantic befuddlement throws her a curve. 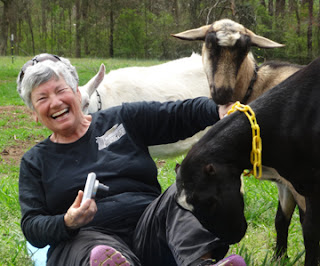 Cozy mystery fans might enjoy this book. The storyline was fine. I read the first half of the story with no problems. However, I started to find myself getting bogged down; not by lengthy details but mainly due to minimal excitement and the characters. Speaking of the characters, I wanted to really love them but found them to be more casual acquaintances. I could not really find my footing with them, although Brie, her Aunt Eva, and the rest of the folks were a bit whimsical.

When it came to solving the mystery behind Eva's husband, it seemed that there were many opinions. Some were plausible and others not so believable. Yet, it was interesting to see all of the did angles. Again, I would have enjoyed it more if the story had more action and not so much talking amongst the characters. Hopefully, the characters and the next story get stronger. 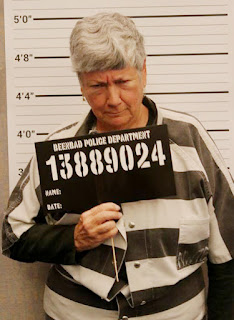 Hello, I’m Brie, and I’m a vegan.
It sounds like I’m introducing myself at a Vegetarians Anonymous meeting. But, trust me, there aren’t enough vegetarians in Ardon County, South Carolina, to make a circle much less hold a meeting.
Give yourself ten points if you already know vegans are even pickier than vegetarians. We forgo meat, fish, eggs, and dairy. But we’re big on cashews, walnuts, and almonds. All nuts are good nuts. Appropriate with my family.
Family. That’s why I put my career as a vegan chef on hold to live and work in Ardon, a strong contender for the South’s carnivore-and- grease capital. My current job? I help tend four hundred goats, make verboten cheese, and gather eggs I’ll never poach. Most mornings when Aunt Eva rousts me before the roosters, I roll my eyes and mutter.
Still, I can’t complain. I had a choice. Sort of. Blame it on the pig—Tammy the Pig—for sticking her snout in our family business.

I’d consorted with vegans and vegetarians for too long. I seriously underestimated how much cholesterol meat eaters could snarf down at a good old-fashioned wake. Actually, I wasn’t sure this wake was “old fashioned,” but it was exactly how Aunt Lilly would have planned her own send-off—if she’d had the chance. Ten days ago, the feisty sixty- two-year-old had a toddler’s curiosity and a twenty-year-old’s appetite for adventure. Her death was a total shock.
I glanced at Aunt Lilly’s epitaph hanging behind the picnic buffet. She’d penned it years back. Her twin, Aunt Eva, found it in Lilly’s desk and reprinted it in eighty-point type.

“There once was a farmer named Lilly
Who never liked anything frilly,
She tended her goats,
Sowed a few wild oats,
And said grieving her death would be silly.” Over the past five years, hundreds of mystery/thriller writers have met Linda Lovely at check-in for the annual Writers’ Police Academy, which she helps organize. Lovely finds writing pure fiction isn’t a huge stretch given the years she’s spent penning PR and ad copy. She writes a blend of mystery and humor, chuckling as she plots to “disappear” the types of characters who most annoy her. Quite satisfying plus there’s no need to pester relatives for bail. Her newest series offers good-natured salutes to both her vegan family doctor and her cheese-addicted kin. She served as president of her local Sisters in Crime chapter for five years and belongs to International Thriller Writers and Romance Writers of America.

Stop by these awesome hosts to learn more about Linda Lovely & her amazing book, Bones To Pick. Plus, there are some great reviews, interviews, and giveaways!!

This is a rafflecopter giveaway hosted by Partners in Crime Virtual Book Tours for Linda Lovely. There will be 1 winner of one (1) Amazon.com Gift Card. The giveaway begins on October 14 and runs through December 17, 2017.

CMash said…
Sorry that you didn't find this book exciting. But as we know, not every book is for everyone.
November 9, 2017 at 6:49 AM