The Mind of Stefan Durr 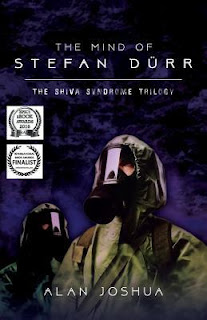 A mind research experiment studying human consciousness goes horrifyingly wrong. Thousands are killed when a Russian suburb is mysteriously destroyed, leaving a mile-deep crater in its place. At the same time, a U.S. space shuttle vaporizes in orbit, and a Canadian mountaintop is ripped away. One thing lies behind it all: The mind of Stefan Durr. Existence is dreary hell for Dr. Beau Walker. An embittered loner, he sleepwalks through life until the government virtually kidnaps him, hurling him into an incredibly menacing adventure beyond his wildest imaginings. Coerced into joining a U.S./Russian scientific team, Beau searches for the cause of the disasters. Beginning with a treacherous, life-threatening exploration of the anomalous crater, where scientific laws don't seem to apply, he's thrown into a world of unimaginably advanced biotechnology, biowarfare, genetics, paranormal research, and military intrigue. The stakes are inconceivably high: Find and control the cause...or face worldwide annihilation.

I did like this book. The beginning scene made me instantly, flash to the Chernobyl incident. Which was an horrible incident. I read that this book is referenced as a sci-fi, paranormal, and even psychological thriller. I would agree with all of these references but also add horror and mystic. Yet, all of these elements worked together in this book. I want to add that this book is a good start to this trilogy.

The characters were fine. Dr. Walker was interesting and had personality. Honestly, I had no real issues with any of the other characters. My issue is that I seemed to have a problem connecting with them on a deeper level. There was something holding me back from fully embracing the characters and the story. Although, the author did a good job of not getting too scientific or analogical in Dr. Walker or any of the other theories on the events transpiring in this story. The pacing is steady but it does pick up in the latter half of the book. Overall, a nice read. I would read the next book in this trilogy.
Alan Joshua