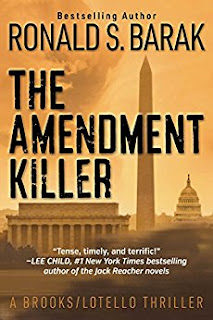 BOOK BLURB:
"WE HAVE YOUR GRANDDAUGHTER. HERE'S WHAT YOU NEED TO DO."

That's the text message Supreme Court Justice Arnold Hirschfeld receives as hearings commence in the U.S. Supreme Court to determine the fate of the 28th Amendment - enacted to criminalize abuse of power on the part of our political representatives.

In the meantime, Hirschfeld's precocious and feisty 11-year-old diabetic granddaughter Cassie, brutally kidnapped to control her grandfather's swing vote upholding or invalidating the amendment, watches her insulin pump running dry and wonders which poses her greatest threat, the kidnappers or the clock. As Brooks is forced to choose between saving our nation or saving the girl.

We have your granddaughter. Here’s what you need to do.
Thomas T. Thomas III reviewed the language. Again. He closed the phone without hitting send. Yet.
He stared through high-powered binoculars from atop the wooded knoll. As always, the girl hit one perfect shot after another.
Cassie Webber. Age 11. He’d been tailing her for three months. It seemed longer.
She was chaperoned everywhere she went. Two-a-day practices before and after school. Her dad drove her in the morning. He watched her empty bucket after bucket and then dropped her off at school. Her mom picked her up after school, ferried her back to the practice range, and brought her home after daughter and coach finished. Mom and daughter sometimes ran errands on the way, but always together. Even on the occasional weekend outing to the mall or the movies, the girl was constantly in the company of family or friends. Having someone hovering over me all day would have driven me batshit.
His childhood had been different. When Thomas was her age, he walked to school on his own. And he lived a lot farther away than the girl. His daddy had never let his driver chauffeur him around. Wasn’t about to spoil him. Spare the rod, spoil the child. Didn’t spoil me that way either.
He kept telling himself patience was the key. But his confidence was waning. And then, suddenly, he’d caught a break. The girl’s routine had changed.
She started walking the few blocks between school and practice on her own. Dad dropped her off at morning practice and Mom met her at afternoon practice instead of school. Only a ten minute walk each way, but that was all the opening he needed.
Everything was finally in place. He would be able to make amends. He would not let them down.
This time.
She completed her morning regimen, unaware of Thomas’s eyes trained on her from his tree-lined vantage point. No doubt about it, he thought to himself. She was incredibly good. Driven. Determined.
And pretty.
Very pretty.
He relieved himself, thinking about her. A long time . . . coming. Haha! As the girl disappeared into the locker room, he trekked back down the hill, and climbed into the passenger side of the van. He returned the binoculars to their case. He removed the cell from his pocket, and checked the pending text one more time.
Moments later, the girl emerged from the locker room, golf bag exchanged for the backpack over her shoulders. She ambled down the winding pathway, waved to the uniformed watchman standing next to the guardhouse, and crossed through the buzzing security gate. She headed off to school.
Without taking his eyes off her, Thomas barked at the man sitting next to him. “Go.” 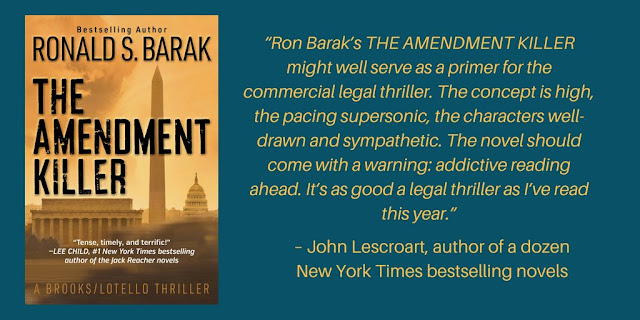 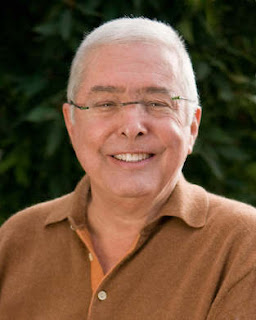 Described by his readers as a cross between Agatha Christie, Lee Child, and John Lescroart, bestselling author Ron Barak keeps his readers flipping the pages into the wee hours of the night. While he mostly lets his characters tell his stories, he does manage to get his licks in too.

Barak derives great satisfaction in knowing that his books not only entertain but also stimulate others to think about how things might be, how people can actually resolve real-world problems. In particular, Barak tackles the country’s dysfunctional government representatives—not just back-seat driving criticism for the sake of being a back-seat driver, but truly framing practical remedies to the political abuse and corruption adversely affecting too many people’s lives today. Barak’s extensive legal background and insight allow him to cleverly cross-pollenate his fiction and today’s sad state of political reality.

In his latest novel, THE AMENDMENT KILLER, Barak calls upon his real world legal ingenuity and skill to craft a 28th Amendment to the U.S. Constitution criminalizng political abuse and corruption that Constitutional scholars across the country are heralding as a highly plausible answer to the political chaos destroying the very moral fiber of the country today. It’s difficult to read THE AMENDMENT KILLER and not imagine what could—and should—be expected and demanded of those political leaders who have forgotten they are there to serve and not be served.

Barak is also a committed and strident advocate of finding a cure for diabetes. One of the primary characters in THE AMENDMENT KILLER is the feisty and precocious 11-year-old diabetic granddaughter of the Supreme Court justice holding the swing vote in a case in which Congress is challenging the validity of Barak’s hypothetical 28th Amendment. It is no small coincidence that Barak is himself a diabetic. Or that he has committed 50% of the net proceeds of THE AMENDMENT KILLER to diabetes research and education.

Barak is singularly qualified to have authored THE AMENDMENT KILLER, which will appeal to political and legal thriller aficionados alike. Barak is a law school honors graduate and a former Olympic athlete. While still in law school, he authored a bill introduced in Congress that overnight forced the settlement of a decades long dispute between the NCAA and the AAU to control amateur athletics in the United States.

Ron and his wife, Barbie, and the four-legged members of their family reside in Pacific Palisades, California.