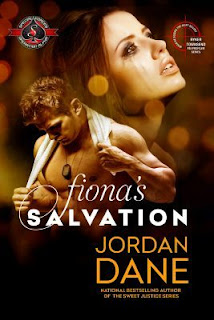 After Fiona Storm nearly lost her life in a Mexican jungle at the hands of human traffickers, she discovers the ordeal left her with a damaged psyche and her therapist fears Fiona has blocked her worst memories. Not even her loving Navy SEAL husband, Hunter ‘Cookie’ Knox, can get her to open up. The man who rescued her from certain death in Mexico fears she’s beyond his reach, but Fiona’s fragile life is about to shatter.

When an eighteen-wheeler is abandoned in San Antonio in the sweltering heat, police make a gruesome discovery. Nine dead Hispanic men, women and children are found among countless others, barely alive. Before a young captive is admitted to ICU, she begs for authorities to find an American—Fiona Storm.

FBI agent Ryker Townsend investigates and hopes to uncover a lead on a faceless cartel boss known only as El Chacal. After the critically ill, kidnapped girl shares a story of tragic sacrifice about an American, Ryker and his team follow the lead to Fiona’s doorstep. She’s the only witness who can identify the diabolical crime boss, but she’s blocked the terror from her mind—along with the truth of what really happened to her. With Hunter on a high stakes mission that puts his entire SEAL team in danger, Fiona is alone to face the wrath of a man who destroyed her life—only this time El Chacal wants her dead.

This is my first taste of this author's more romantic, suspense side. I liked this side. This book is book five in the Psychic FBI Profiler Series. Which features not only the psychic side but also sexy men of Navy SEALs. Who doesn't love a man in uniform. Additionally, this book can be read as a stand alone story. However, I do want to mention that there are some references to it seems past events in a prior novel involving married couple, Hunter "Cookie" Knox and Fiona Storm. Yet, the references if anything helped add to this story. Hunter and Fiona made a good couple. I really experienced the love that Hunter had for Fiona as well as the need to protect her.

Speaking of Fiona. She started out a bit damaged but by the end of the story she had emerged stronger. I can't talk about this book without talking about Ryker. His psychic ability was cool. Although, if it comes with the side effects of channeling people in desperate need, I think I will pass. As much as I liked all of the characters, I could not fully commit to the story as a whole. The first half was fine, not too much happening in regards to the intensity. Luckily, I did experience a shift in the later half with this picking up. Overall, this was a good story.

Check out all of the author's books on Amazon.
Jordan Dane