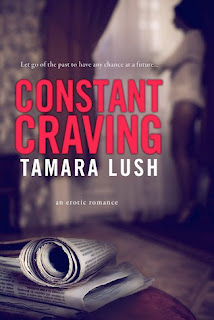 Justine is shocked when her first love appears at her newspaper, offering to bail it out of bankruptcy. She’s even more shocked when Rafael makes a proposition: spend the next month together, allowing him to do anything he desires with her, and her newspaper gets everything it needs.

But is Rafael only back in Justine’s life to show her what she’s missed all these years? Or is he out for revenge? Justine isn’t sure, but Rafael is still devastatingly sexy — and she knows that his touch, his kisses, his body, leaves her powerless.

She knows that opening their hearts and giving their bodies to each other a second time may destroy them forever…especially when the pain of the past and difficult choices for the future collide.

There was mention of BSDM. My first thoughts were "ok, the stakes have just gotten higher". Which, I was fine with but on the other hand I was not sure what to expect as this book was promoted as kind of being like Fifty Shades. I have never read the books but I saw the movies and they are not good. The author does not go done this route. This does not mean however that behind closed doors the sex was not H-O-T. Justine and Rafael forever.