Ours is the Winter 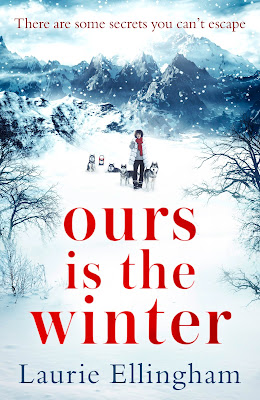 Ours Is The Winter
Journeying across the Arctic, their pasts are about to catch up with them.


Erica, Molly and Noah are embarking on the challenge of a lifetime, driving Siberian huskies across the frozen wilderness of the Arctic. Cut off from the world and their loved ones and thrown together under gruelling conditions, it isn’t long before the cracks start to show.

Erica has it all. A loving husband, a successful career and the most adorable baby daughter. But Erica has been living a double life, and as she nears her fortieth birthday her lies threaten to come crashing down.

Molly was on her way to stardom. But when her brother died, so did her dreams of becoming an Olympic champion.  Consumed by rage and grief, she has shut out everyone around her, but now she’s about to learn that comfort can come from the most unexpected places.

Noah has a darkness inside him and is hounded by nightmares from his past. Tortured, trapped and struggling to save his fractured relationship, he knows this journey is not going to help, but try telling his girlfriend that.

As their lives and lies become ever more entwined, it becomes clear that in the frozen wilds there is nowhere to hide.

I was really looking forward to reading this book. From the summary, it sounded like it would be suspenseful. Yet, if it did turn out that way, I had given up way before than. Right from the beginning, however, I was not fond of the characters. I did not know what Erica's issue was yet but the way she acted, she came off as annoyed at her husband. Molly and Noah did not improve the story for me either. I agree with another reader that these three came off as whiny. Therefore, I was turned off by their attitudes and did not feel sorrow for them.

Although, I liked the scenery that the author portrayed with this story. The wintery Arctic landscape was mystic. The sled dog race was nice. Again, it seemed to lack suspense. Plus, I would have liked to have gotten to know the dogs better. The story just moved slowly and kind of dragged like the long Arctic nights. This book held promise but for me it did not seem to deliver. 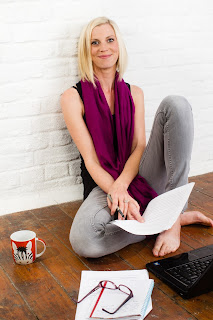 
Laurie Ellingham lives on the Suffolk/Essex border with her two children, husband, and cockerpoo Rodney. She has a First Class honours degree in Psychology and a background in Public relations, but her main love is writing and disappearing into the fictional world of her characters, preferably with a large coffee and a Twix (or two) to hand.