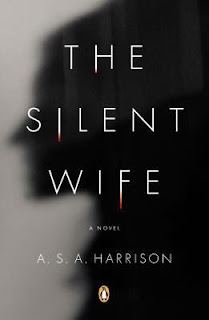 Jodi and Todd are married. They have reached a point in their marriage where they are just going through the routines. They don’t really love each other but it is almost too much effort to change things. Even though Todd is cheating on Jodi and Jodi knows it.

I like the alternating points of views with the “her” and “his” chapters. It makes the story more intimate. Also, it is a good way to draw me in as the reader. My biggest draw back with this book was Jodi and Todd. They both lived in their own giant bubbles. Neither one wanting to disturb the other one for fear that their bubble would burst and they would have to really face reality. I knew going into this book that Todd was going to be a jerk but I did not realize how much I was not going to like Jodi either. Even with not liking the characters, this is a quick read though. This book does give you more of the human prospective with the psychological as well.
A.S.A. Harrison

Mystica said…
The living in their own bubbles is unhappily quite present in many situations. I'd like to read this one.
June 25, 2013 at 10:11 PM