June 28, 2013
Buck Anderson is an environmentalist. He has found something of great importance. Something that will stop a big ski report from building. Something that someone is willing to kill for. While hiking Buck is shot at. Later on two hikers find Buck dead. Buck’s niece calls on Sean to help her. She and the Sierra Club need Sean’s help to fight the ski resort. Sean takes on the case before he learns that his old employer is defending the other side. 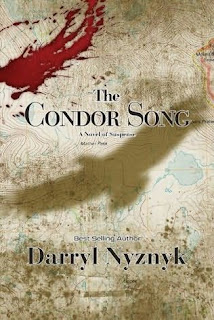 I thought this was a good book. Despite never fully committing to the characters. There is no great surprise as to how this book will end. Early on I understood why the two sides were fighting so hard. I could see both sides and there pros and cons but of course I sided with Buck. His drive to protect the condors was important. This is why Sean fought so hard as he did as well.


There was a lot of back and forth interaction with both sides. However the parts I liked the most was the legal drama in this book. Sean may not have been the most intriguing character but he was a lawyer with a heart. This is an oxymoron but a nice oxymoron. To be honest the fact that there might have been similarities with Disney and this story did not away me on wanting to read this book. However it does go to show you how far a big corporation will go to get what they want. Hopefully not murder.