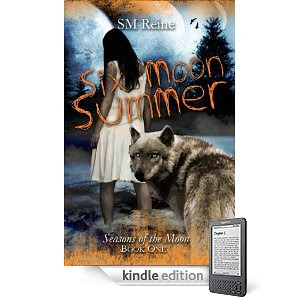 Review by Nancy
Rylie absolutely did not want to go to camp for the summer. She was a city girl, she liked art and museums and her friends – IN THE CITY. Even if her parents were in the middle of a divorce why shouldn’t she get to stay home?

When you’re not 16 yet the parents make your choices, even if they aren’t the best. Spending her first week playing sick, staying away from her shrewish roomies and writing in her diary doesn’t prepare Rylie for what happens to her the night she tries to run away. Nothing would have.

Meeting a boy named Seth does wonders for Rylie’s mood but, like her; Seth is much more than he seems. Her roomies settle down after one girl-fight between Rylie and the head shrew named Amber. The mood at the camp is one of fun, marshmallows and cocoa. And something in the night that hunts humans.

S. M. Reine has pegged teenage angst just right. Rylie is an outsider, picked last and nothing can change that. The campers are done well, too – rich girls and boys playing their summer away. A well-written tale with a splendid plot that my niece will love, if she can get it away from me!
S. M. Reine