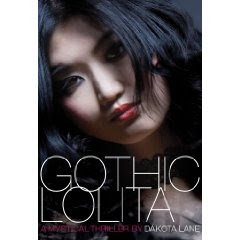 Chelsea and Miyo are just two normal girls, except they live on opposite sides of the world. Chelsea lives in Los Angeles and Miyo lives in Tokyo. They formed a bond through blogging. Everything was going good till the day Chelsea disappeared from the cyber world. It has been three years, since Miyo last communicated with Chelsea. She wonders all the time how she is doing. Chelsea has a secret and she is ready to share it will Miyo. What Chelsea has to say, will change Miyo’s live forever.

I have to admit that I was some what disappointed that this story read more like one continuous poem and not like the suspense thriller, I was expecting to read when I picked up this book. Miyo in my eyes was the pretty much the one and only main character in this story. She talked about how her and Chelsea’s friendship was formed, along with how the communication between them stopped the day that Chelsea stopped blogging. What I did like was the way Chelsea and Miyo met each other. I can relate as I just started blogging a few months ago myself and have met many great people. The way though Gothic Lolita started out; made me think that Chelsea didn’t even exist but in Miyo’s mind. I didn’t really care that much for the way Gothic Lolita read for me. The pictures inserted throughout this book were very beautiful.
Dakota Lane

The Bookworm said…
thanks for the honest review.