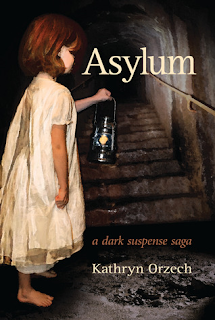 ON AN INNOCENT DAY IN 1899 while her father travels abroad, twelve-year-old Maggie Delito unwittingly witnesses a shocking scandal. The next morning, she’s dragged from the family estate and locked in an asylum, along with the shameful secret she did not want to know. Beneath the asylum’s polish of respectability, a wicked villainy hides in dank shadows—and Maggie fears she might be its next victim.

SEVENTY-FIVE YEARS LATER, Laura Delito inherits more than ancestral assets when her prestigious family’s mysterious past comes knocking. After sacrificing an independent career at the brink of success, she assumes control of Delito’s failing jewelry business while daring to expose its ghosts—a strange old woman, cryptic messages, and a rare antique key that might unlock the truth. As she pursues clues from the Northeast to North Africa, she’s unaware of a vengeful rage that smolders close to home. 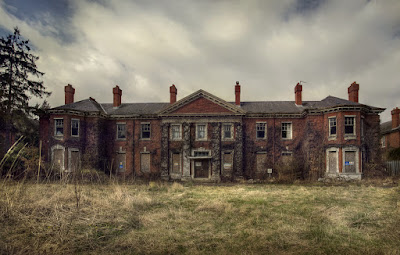 When you think dark suspense, you might think scary. Yet, I would say for me, it was not so much scary as it was intriguing and suspenseful. Although, when I say this I am referring more to the past involving Maggie. The present was alright but it did not stick with me and I was not as in the moments with the present as much as I was in the past. However, the transfer from the present to the past and visa versa was smooth. Maggie may have been a naïve young girl when she was sent to the asylum but by the end, she was a strong woman.

It is scary to think of the abuse that people in power take advantage of the people that they are suppose to help. As I got further into the story, it picked up more speed and got darker with some twists. The location of Connecticut was the perfect backdrop for this story.

Discuss similarities between asylums of the past and today's prisons?

Luckily, having never been a guest at either facility, I would have to say that they are similar in the fact that they both house people, who might not ben able to leave of their own accord. I say this because I know that people can willingly admit themselves into an asylum.  Unlike a prison where people can't just leave as they desire. Also, they are similar in that there are people in charge who watch over those who are living at these facilities. Yet, when you read this book or think of the past, you probably could think of an asylum as a prison. 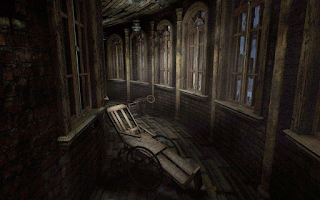 Award winning author Kathryn Orzech is a seasoned world traveler writing mystery, suspense, and thrillers set in “New England and other exotic locations” with ordinary women confronting extraordinary situations.  A self-proclaimed news nerd, Kathryn's eclectic interests range from history, society and culture, to earth science, and parapsychology, leaving few subjects off the literary table. Learn more about her and her books at www.dreamwatch.com


Hello Cheryl and readers. Thank you for inviting me to your Book Nook. I’m thrilled to be here. What would you like to know?  Did you do a lot of research for this book or did it come to you quickly?

Quickly? That’s funny. Years of research. I dig more than I need to even though most will never see print, however, it moves my mind to the right place to build a believable story and setting. Research is one of my favorite parts of the writing process.

I was mentally prepared to research the 1890s to 1900 for lifestyle; cultural, societal and political issues; language and slang; and early asylums. Most research was done before the internet and Google, so I would park myself in the reference section of my local public library, and I visited historical buildings.

When it came to 1974, I figured my memory would kick in, after all, I was a young adult during the 70s, but pesky details would trip me up. What year did the airport change its name from Bradley Field to Bradley International? Which product brands existed? Fashion fads? Music and movies? Who was President? I relied on my library’s magazine archive and studied the advertisements. 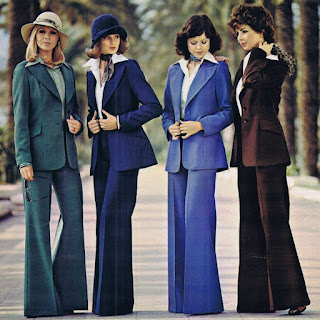 How do you prepare for writing a new book?

I begin with detailed character sketches. A great story can lie flat if no one cares what happens to the characters. I need to know them to keep myself interested.

Once I have a basic plot, I might organize a music playlist as if it were a movie soundtrack. If I’ve left a scene for too long, listening to its music recreates the emotion that pulls me back as if I never left. It’s something that works for me.

Do you have a favorite time period?

Hmmm… Great question. If I have a favorite, I haven’t settled on it, though I long for the social etiquette and manners of days gone by. Asylum tells the story of a privileged, albeit ill-fated, family of a wealthy Northeast industrialist in 1899—an American version of Downton Abbey gone wrong.

My second book, psychic thriller Premonition of Terror, was set in the recent past and my upcoming book involves Ancient Egyptian mythology. With an interest in time-travel paradox stories, I can imagine writing a book set in the future or another dimension or both, though it would be at least fourth in line of books to write. 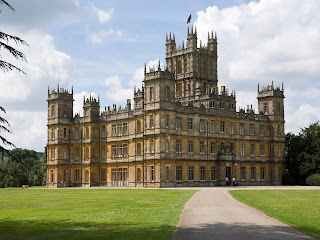 Who are your influences and did they play a part in this book?

I dedicated Asylum to my dad. I’m mostly self-taught and independent and I owe that to my dad who raised me from age five when my mom died. You won’t see strong mother-daughter relationships in my books because I don’t know what that’s like. I didn’t realize until recently what a big part my dad played in Asylum. I wasn’t thinking of a father-daughter story while I was writing, but I see strong parallels. You could say my dad’s influence was organic.

Why should readers read this book?

Asylum is a great escape to another time and place with something for every reader. Family secrets, shadowy halls, intrigue, emotion, danger, adventure, a little romance, vintage fashion and jewelry. What’s not to love? Well-developed characters, even down to the asylum’s kitchen ladies, hold reader interest as they confront purveyors of sinister deeds … all without the use of vulgar words I’d be ashamed to read to my dad.

Asylum is also a book club favorite. Many of its underlying themes remain relevant today (a few without spoilers): family secrets, best friends and lovers, equal rights, workplace harassment, the rise and fall of manufacturing, and changing social mores, can fuel lively discussions.

What take away do you want readers to get from this book?

Life, or everything you know or believe to be true, can change in an instant.

What are you working on next?

A contemporary mystery titled Counting Souls. Characters and the basic plot are set and I hope to release it next year. Research remains a challenge, but the brief description is simple: A quiet valley town in New England seems to be the target of an enigmatic serial killer—but not one body has been found at the bloody crime scenes. Citizens are frightened. Police are frustrated. Detectives are baffled. Only two sisters see the signs in ancient writings the killer left behind. 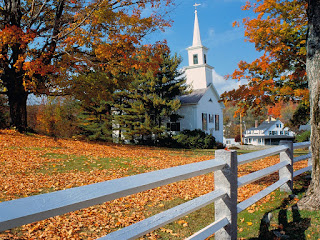 Unknown said…
Hello Cheryl and Book Nook Readers, Greetings from New England.
Thank you all for being here and for your interest in ASYLUM. I love the photos Cheryl chose to supplement my story, especially Downton Abbey and the 1970's fashion shot, trust me, the '70s didn't look that good in real life. I've just produced ASYLUM's book trailer to premiere online later this week and I invite you to take a peek, it's only a minute long. Links will be on my website and Facebook.
Thank you for inviting me to Cheryl's Book Nook. I appreciate your support of authors.
August 14, 2017 at 6:42 PM