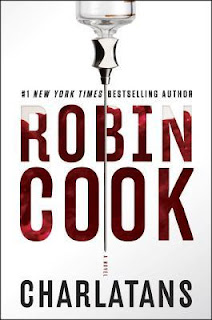 Noah Rothauser is the new super chief resident at Boston Memorial Hospital. Housing state-of-the-art medical facilities, it’s always been Noah’s dream to work for such an esteemed institution. But the pressures of the role become all too clear when a seemingly routine operation results in the tragic death of an otherwise healthy man. With potential malpractice suspected it falls to the newly appointed surgical doctor to investigate what happened.

Questioning those involved uncovers bitter feuds within the hospital’s surgical staff when Dr. William Mason, the egotistical, world-class surgeon who performed the operation, is quick to blame staff anaeshtetist Dr. Ava London for the disastrous outcome. However Dr. London, along with the nursing staff, point the finger at the surgeon.

When two more anaesthesia-related deaths occur, Noah is forced to look closer at the impressively competent, charming, yet mysterious Dr. London, and he quickly realizes there’s far more to her than meets the eye. With his own job and integrity coming into jeopardy, Noah must decide which doctor is at fault and who he can believe – before any more lives are lost.

This is a good medical thriller. It kept me engaged all the way until the end. Yet, I was majorly frustrated with Dr. Noah. He may be smart and a good doctor but when it came to people, he was not a good judge of character. Yes, Dr. Mason may have been egotistical and not a very likable man himself but he did bring up many valid points. Ones that Dr. Noah did not give any thought to when it came to Ava.

Speaking of Ava; I thought she was not that great of a con artist. Yet, it goes to show that "lust" can make people blind to the truth. It was sad and unfortunate that several innocent people had to lose their lives in the process. When it came to the ending, it was fine. At this point I had come to expect the ending. While, this was a good read, I just wished that there was a dash more "intensity". Although, I do look forward to seeing what the author comes out with next.
Robin Cook