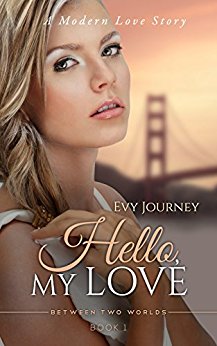 In this modern-day tale inspired by Jane Austen’s Pride and Prejudice, bright, beautiful law student Elise Halverson looks forward to a promising career. Falling in love is low in her priorities.
Well-known playboy Greg Thorpe is engaged to be married when he meets Elise. He finds her so unlike the women he used to date and he’s deeply intrigued. Distrusting the image she has of him, Elise avoids him.
But Elise’s parents invite Greg to their frequent dinner parties. There, Greg and Elise butt heads. She’s surprised to find that, behind his rich playboy persona, he’s intelligent and engaging.
The night before his wedding, they give in to their mutual attraction. Although Elise expects nothing more from that night, Greg is in for trouble. His jilted fiancée strikes back, intent on revenge.
Two years later Greg and Elise get a second chance but they find that the way to their happy-ever-after is not so easy.
At the core of this women’s fiction is a literary and realistic romance spiced with a twist of mystery. Hello My Love is Book 1 in the series Between Two Worlds, a family saga about three strong women.
My Review
I read the second book first. Like the second one, I did connect with the characters in this book. Elise showed great courage. Then, there is Greg; while he may have had a bit of a playboy image, he really was a gentleman. Even for the little bit of time that Elise and Greg interacted together, you could tell that there were real feeling and love involved.
The only thing is comparing this book to the second one, I enjoyed the second book better. I just got into the story more deeply. Yet, this book was still an enjoyable read. One that I had no problems diving into and reading in a matter of a day. Already, I am a fan of this author's writing. I look forward to reading book three.

“Going to your parents’ dinner tonight?” Elise could not help smiling at the text message.
She texted back: “Yes. See you.”
Greg had been sending her text messages for some time. Often, they were greetings, in the morning, at night, on school holidays; or good luck wishes on exams, debates, and mock trials. Sometimes, he asked her opinion or a question about a legal matter or some fact of interest to either of them. She answered most of those messages although he told her she did not need to, if they were the usual greetings.
Before they met, Elise had known Greg—from numerous news reports—as the young, progressive owner of a growing internet-based business, and one of the country’s twenty-five most eligible bachelors. The consensus in the media, especially among women reporters: tall, dark, and handsome. But Greg also had a reputation as a playboy, whose many romances were fodder for gossip columns. While Elise hesitated judging looks and personality, sight unseen, she was certain of one thing. She distrusted the likes of men such as Greg.
But that was a year ago.
Since he began consulting with her father, Dr. Halverson, an economics professor, Greg had been to many dinners at her parents' home. There, Elise got to know him better.
Now, when curious acquaintances learned she knew Greg, they invariably asked, and Elise hardly ever varied her answer: “Yes, to news reports. Greg Thorpe is tall—taller than my father who’s more than six feet. Dark—tanned from jogging, bushy hair the color of French Roast woven with golden strands. And beautiful—clean-cut, cleft chin, smiling greyish blue eyes, and, yeah, lean. But, I think, muscular. I’m not sure. I haven’t seen him without his clothes on.”
It always amused her that her incantation never failed to elicit sighs from young women.
Elise was about to slip her iPhone into her shirt pocket when it rang. Greg—she expected that. He often answered her text messages within minutes of her sending them, usually by texting. Once in a while, he called instead.
“Hello, Elise. How’s the light of my life this afternoon?” Greg said, in his teasing voice.
“Greg, hi. That’s quick. Aren’t you busy?”
“Not for you. And I’m glad you picked up. I was afraid you’d turn off your phone again.”
“I can't turn it on in class, when I'm studying, or when I’m at work, and that’s almost my whole day.”
“Are you staying over at your parents after dinner?”
“I don’t plan such things. Depends. How late it is when dinner ends, whether I have some easy way to get back to my apartment, how guilty I feel about not having seen my parents for a while, etc., etc.”
“I see. It’s Friday so I thought you‘re staying the night with them. Can I give you a ride home?”
Elise protested. “But I live across the bay. That's sixty more miles of driving for you, both ways.”
“Less than an hour in my fast powerful car.”
She smiled. Only when she opened up to him a few months after they first met did she realize that Greg had a wry, often self-mocking, sense of humor.
She teased him back. “But don't you need your beauty sleep? Aren't you getting married in two days? I’m surprised you’re even coming to my parents’ dinner party. I always thought weddings were exhausting. Don’t you need to rest up for yours?”
“Think of this as my last fling.”
“Isn't that when your buddies get you all soused and cavorting with some pretty young things? You definitely need stamina for that.”
He groaned. “I’m afraid you have this unflattering image of me. But, believe it or not, that prospect doesn’t excite me. I feel too old for all that.”
“Thirty-two’s not old. To me, old is decrepit. You’re not quite there yet.”
“I'm glad you think so. Twenty-year olds think thirty is old”
“I turned twenty-three a few weeks ago,” she said, her smile replaced with pursed lips.
“That still makes you a young thing in my book. What if I cavort with you?”
Elise scowled. She couldn’t think of a quick retort, which she knew Greg had come to expect from her. It was not that what he said irritated her. And she didn’t actually dislike it. But she felt a vague sense of unease in her chest.
“I'm kidding. I know you're not the cavorting type. But we’re buddies, right? Well, more like sparring partners, maybe. Don’t buddies kid around?”
That’s it, Elise thought. I’m not the pretty, young cavorting type. At least, I didn’t think he thought so. It didn’t annoy her, but it did bother her in some way. She did not answer.
He added in a softer voice, “Am I wrong?”
She picked up an edge to his voice and she hesitated through the ensuing silence; for her, an uneasy silence relieved only by his audible breathing. He was going to wait until she said something.
“I guess we are…friends, or whatever you wanna call it. That makes everything all right, then; kidding included. So, yes, you can take me home tonight. What’s sixty miles between buddies? No guilt, on my part, that you're going out of your way. I gotta run.” She hung up and did not wait for his reply. 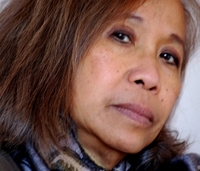 Evy Journey has always been fascinated with words and seduced by beautiful prose. She loves Jane Austen and invokes her spirit every time she spins tales of love, loss, and finding one's way—stories she interweaves with mystery or intrigue and sets in various locales. SPR (Self Publishing Review) awarded Evy the 2015 Independent Woman Author bronze for her writing.
She's lived and traveled in many places, from Asia to Europe. Often she's ended up in Paris, though—her favorite place in the world. She's an observer-wanderer. A flâneuse, as the French would say.
The mind is what fascinates her most. Armed with a Ph.D., she researched and spearheaded the development of mental health programs. And wrote like an academic. Not a good thing if you want to sound like a normal person. So, in 2012, she began to write fiction (mostly happy fiction) as an antidote.
Evy’s latest book is the contemporary women’s fiction, Hello, My Love.