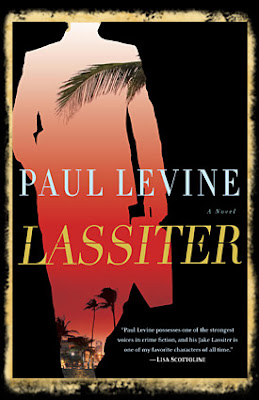 Jake Lassiter is in the middle of court when he sees her. A pretty brunette. She is watching him. After the trial is over, the brunette comes over to Jake and introduces herself. Her name is Amy Larkin. She shows Jake a picture of some guys and some strippers. It seems that one of the girls in the picture is Amy’s sister, Kristi and she has gone missing. Jake was the last person to see her.

Jake may be a lot of things but he is no murderer. In addition, he does not like that his reputation is being slung through the mud. Jake decides to investigate the disappearance of Kristi. That is the only way he can clear his name. Whatever good that is worth.

This is the first book I have read by this author. Lassiter is the latest Jake Lassiter novel. Though, I had no problems jumping right in and enjoying this book with out having read all the prior books in the series. What really made this book for me was Lassiter’s persona. He did not use ethical ways when investigating and this is what I liked about him. He is someone that I can get behind and cheer for.

In addition, all the characters involved in the story line were not just secondary but made strong presences. This was a good book. Now that I am familiar with Mr. Levine’s work, I will be keeping an eye on him. I do plan to go back and read all the other books in this series.
Paul Levine