The Black Opera is anything but boring! 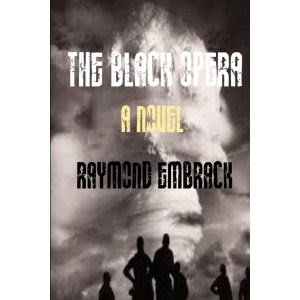 The Black Opera is anything but boring! It keeps you hopping from one decade back to another to Tomorrow and today and most places in between. It tells us who really killed Kennedy (both John and Bobby) and how you can get a free suitcase with a nuke in it; among other things. It explains Chappaquiddick and all things political that you’ve ever wondered about if you grew up in that time period. And we all did.

There are plots afoot and American Thunder is point on most of them. Led by a man named Adam Eugene Carver who was CIA, then FBI and then…..well, you’ll see. They planned the Kennedy assassinations, the death of the Rolling Stones and many other things you thought were terrorist plots.

This book is a mega hit! It has an answer for nearly anything ‘60’s related and into the ‘7y0s as well. A thriller, you bet – but one that makes sense which is the scariest part of all. JFK’s twin sons????? Who knew??? Go get it, quick!
Raymond Embrack