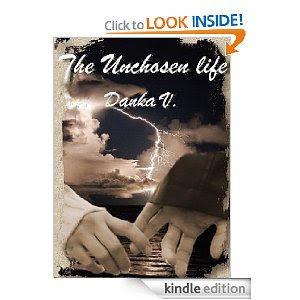 From the beginning, Elena was a bit different. She never cried, even at birth. She was faster and stronger than most kids her age and had above average intelligence to boot. She found her “soul-mate” in high school but something kept her from telling him so. They had screaming fights, loud discussions and she never, ever dated him but there was always an understanding……they loved each other but togetherness was apparently over-rated.

After graduation, Elena did the typical go to college stuff and Damon…well, Damon the jock went to Italy to play volleyball. Ten years pass. Elena has odd dreams, deadly ones in fact but they’re only dreams, right? Well…..not necessarily. They lead her to Italy to a man named Lorenzo who told her how to find him in his dream. He also told her not to fall in love with someone who could be her twin because that person was out to kill her.

By the time Elena gets to Italy Lorenzo has passed away. He leaves her funds enough to find out about herself and the other person like her who will try to kill her. While shopping in Rome she hears a loud, teasing voice and finds Damon again in her life. But is it him????? Will he try to kill her??

I had some issues with this story: I LOVED the plot and the characters and I think I like that the sequel is already being written. What I didn’t like was the writing style. Danka uses no contractions whatsoever and I think this made the dialogue stilted. The characters couldn’t have a good time because they were too polite to say so! Otherwise, great tale and I’ll be looking for part two.