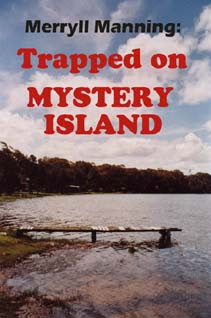 Detective Merryll Manning and his girlfriend, Susan Ford are finally taking a honey moon together. They have arrived in sunny Cross Keys Island. Unfortunately, Merryll and Susan are not alone. They will be spending their honey moon with eleven other strangers for a Mystery Weekend. The grand prize is five thousand dollars.

Some of the other people joining Susan and Merryll include Brinton Blythe, who is an actor to members of the Paradise AVEPA Club. AVEPA stands for American Veterans and Ex-service Personnel Association. There is no blood loss between many of these people. The games begin with the first victim. It appears though that there is more at stake then just money. Someone is playing for real. It is up to Merryll to seek out the real killer fore the bodies pile up.

There were times in this book where the situation the characters found themselves in where a bit silly but this is what made the book so good. The characters in this book reminded me on the board game Clue. I loved playing that game. I have always been a fan of mystery novels. Trapped on Mystery Island is a shining example of why I love this genre. Author, John Howard Reid takes readers on a who-dun-it mystery adventure with a few twists and turns. Be warned as you never know who just might stab you in the back.
John Howard Reid