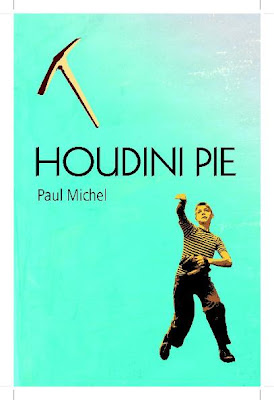 When Halley Gates was born Halley’s Comet was shooting by. Yep, Halley was named after the comet. Fortunately, for this mother, Hal did not turn out like his father.

His father, Charlie back in his younger days was quite the schemer. He and a couple of buddies came up with the idea of convincing people that to protect themselves from any nuclear effects from the comet that they should buy “Stardust Pills”. Of course some of the men folk discovered that the pills were a fake. This incident did not stop Charlie from scheming people.

Hal’s mother, Vera would tell Hal that his father was a good man. She still believed it, even after Hal’s father picked up and left one day.

One day, Hal is approached by Warren. Warren is one of Hal’s father’s friends. He is very excited. He built a radio x-ray machine. While out doing some testing, he found a bunch of tunnels under the city. A place where the Hopi Indians used to occupy. Warren wants Hal to help him investigate the tunnels. What will they find in the tunnels?

Houdini Pie is author Paul Michel’s debut novel. I liked this book. I thought it was a fun adventure read. Hal was so likable that you couldn’t help but root for him. I found that this story moved a bit slow at first for me. I wanted it to speed up. I missed a bit of the story as in I read it but it didn’t really stick with me, so the further I got into the book, I was confused as to who some of the people were. I had to go back and re-read the section in order to make sense. This was totally on my part and not the author’s. I was a bit distracted. As far as Charlie’s story and what was taking place with him. I didn’t really care. I was mainly interested in Hal. Overall, Houdini Pie -- Bootlegging, Baseball and Buried Treasure turned out to be a pretty good book. There are some nuggets of gold to be found in this book.
Paul Michel