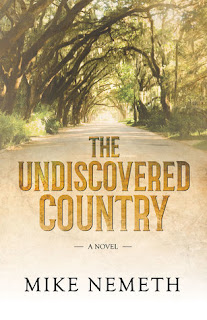 When Randle Marks buried his abusive father three years ago, he thought he had escaped the gravitational pull of his dysfunctional family. Living in Florida, Randle was convicted of a crime he didn’t commit. Now he’s served his time, written a book about his scientific work, and plans to marry his college sweetheart. Then his new beginnings are interrupted by his mother’s medical emergency.

He is summoned to his boyhood home of Augusta, Georgia to face long-suppressed memories, contemptuous siblings, and his dying mother’s desperate attempts to conceal her secrets and preserve her dignity. He battles dispassionate doctors who are reluctant to waste resources on a terminal patient and, in the process, discovers that his mother’s fate may not be an act of God. While investigating her medical situation, he uncovers conspiracies to hijack two estates—his mother’s modest estate, and that of a wealthy man who claims to be his birth father. To bury the past, he will have to learn the truth about the past.

Randle embarks on a journey through contemporary end-of-life rituals juxtaposed with Old South traditions and the fading mores of his mother’s generation to untangle the layers of lies that enshroud his family’s history. As he uncovers the twisted facts, Randle finds he must solve a murder no one knew had been committed. To do that, he will have to prevent the embezzlement of a stranger’s wealth, and solve the riddle of his own identity. When he learns the shocking truth, he is challenged to choose between greed, revenge and reconciliation.


This is the first book I have read from Mr. Nemeth. I can guarantee you that it will not be the last book. Mr. Nemeth is a great storyteller. Mr. Nemeth infused so much life into everything from the characters to the story that it was a pure delight from the first page to the last page in The Undiscovered Country.

Randle may have been the black sheep of the family but he was the only one that truly showed what family values is all about. The rest of the family had its share of troubles and was a bit dysfunctional but what family is perfect. This story was rich in the characters. Each one had a purpose and a distinct voice.

I could not stop reading. You know this is a great thing when the rest of the world just disappears. I was cheering for Randle the whole time. A really good ending. It was bittersweet as I didn't want the story to end.