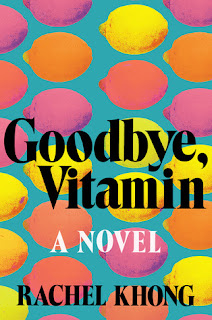 A young woman returns home to care for her failing father in this fine, funny, and inescapably touching debut, from an affecting and wonderfully original new literary voice.

A few days after Christmas in a small suburb outside of L.A., pairs of a man's pants hang from the trees. The pants belong to Howard Young, a prominent history professor, recently diagnosed with Alzheimer's disease. Howard's wife, Annie, summons their daughter, Ruth. Freshly disengaged from her fiance and still broken up about it, feeling that life has not turned out quite the way she planned, thirty-year-old Ruth quits her job and arrives home to find her parents' situation worse than she'd realized. Her father is erratically lucid and her mother, a devoted and creative cook, sees the sources of memory loss in every pot and pan. But as Howard's condition intensifies, the comedy in Ruth's situation takes hold, gently transforming her grief. She throws herself into caretaking: cooking dementia-fighting meals (a feast of jellyfish!), researching supplements, anything to reignite her father's once-notable memory. And when the university finally lets Howard go, Ruth and one of her father's handsome former students take their efforts to help Howard one step too far.

Told in captivating glimpses and drawn from a deep well of insight, humor, and unexpected tenderness, Goodbye, Vitamin pilots through the loss, love, and absurdity of finding one's footing in this life.

I liked how the author captured the Young family. They were not perfect but they portrayed a normal family struggling to survive and along the way they learned how to live and love again as a family. Ruth is a good daughter willing to help out her parents. Although, for me the stars of this book are Ruth's parents, Howard and Annie. Their maturity and wisdom really lends to the story.

Howard showed that although he may be dealing with Alzheimer's he was still a person. When he was teaching his small class room of students is where he shined the most. There was not a lot of detail spent in the class room, it seemed as if Howard was in the present and it seemed to be just what the doctor ordered. Than there is Annie. The fact that she went to such extremes by tossing out all of the aluminum pots and pans; thus, no more home cooked meals but yet she could be found sliding pizza under the door when Howard locks himself in his office. She was so endearing.

Ruth was the one that did the most growing in this book. She found herself again after his breakup. Not only this but she had a new outlook on life. All I have to say about this book is...Goodbye Vitamin, Hello, Love.
Rachel Khong